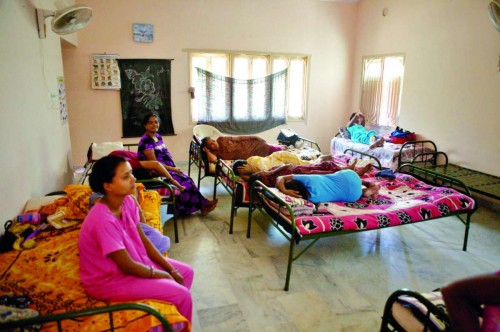 Childless Australian couples looking for surrogate mothers in India are being denied visas to enter the country, media reported .

Surrogacy advocates said India had effectively frozen out Australians from the surrogacy industry following recent revelations that a child was abandoned in India by an Australian couple, ABC reported.

“India has put a freeze on all new applications for new intended Australian parents wanting to engage in surrogacy,” said Sam Everingham from Surrogacy Australia.

He said couples trying to embark on the surrogacy process are being denied visas, while those who have pregnant surrogates in India are facing long delays in having their visas issued.

“For those who have got pregnant surrogates we have seen a lot of anxiety and a lot of panic around getting a visa in time for the person,” Everingham said.

In a statement to surrogacy advocates, the Indian Consulate in Sydney said the cause of the current visa delays is over its concern for the welfare of surrogate children born for Australian parents.

It was recently revealed that in 2012 an Indian surrogate gave birth to twins for an Australian couple who left one baby behind, saying they could only afford to take one child.

Indian authorities said they have asked Australia for clearer guarantees that children born under surrogacy arrangements will be granted Australian nationality.