Pleasing the palate of wine connoisseurs of central Europe, Indian wines made an impressive debut at Vino Ljubljana 2014 International Wine Fair in Slovenia with the entire stock sold out even before the event concluded, said their Italian importer. 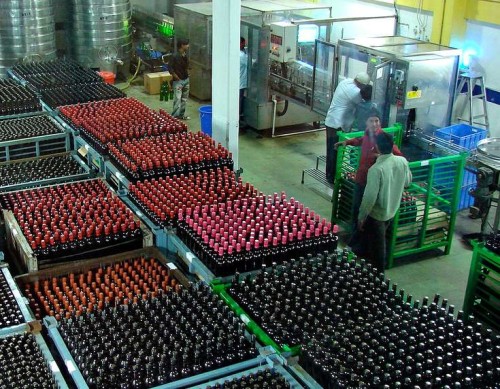 “My stock of Indian wines was completely exhausted well before the closing time of the Expo Saturday and the stall had to be shut down by early evening,” said Paolo Perilo, of Milan-based Twiner SRL, which had offered selected award-winner labels from Fratelli Wines and Sula Vineyards, representing the best of Indian terroirs uniqueness.

To provide visitors a full Indian experience, wines were offered along with selected Indian dishes at Vino Ljubljana, the 50th edition of the International Wine Fair held in the Slovenian capital Sep 4-6, gathering producers from the country and abroad and many thousands of visitors, trade operators and consumers.

Perilo said he had several hundred visitors who tasted, appreciated and purchased the Indian wines, indicating the latent potential of this still untapped Central European and Balkan market even against stiff competition from the excellent, local, pan-European and even global wines.

Speaking after the event, the Italian import businessman said he would explore possibilities of expanding sales throughout the region through hotel and supermarket chains and seek to set up country distributors.

A stockist for Slovenia who can deliver Indian wines throughout the country has already been appointed, he said.

Perilo said he would also explore the possibility of local bottling of bulk imports to reduce unit retail costs and make the wines competitive in the European Union market.

In June, the wines from India were creditably rated and placed at the international competition section of Vino Ljubljana as well.

Sula Vineyards was set up in 1999 and a decade later, it is India’s largest producer. Sula has expanded to about 1,800 acres under plantation in Nashik, India’s main wine-growing region in the western state of Maharashtra, and in nearby Dindori. Varietals planted include Cabernet Sauvignon, Shiraz, Zinfandel and Merlot along with Chenin Blanc, Sauvignon Blanc, Viognier and Riesling.

Fratelli Wines, set up in 2005 in Akluj in Solapur district, about 170 km south of Pune, cover an expanse of about 240 acres across three different sites in the Motewadi, Garwad and Nimgaon regions of Maharashtra.

Fratelli’s Indivine wines encompass all major international styles from a dry Chenin Blanc to a late-harvest dessert wine whilst maintaining their distinct characteristics imparted by the Indian terroir.