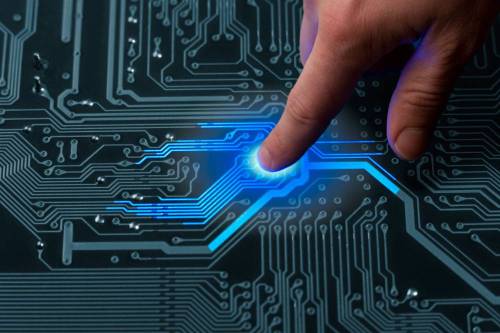 India’s exports from the Software Technology Parks (STP) across India are rising at a pace of 8 to 10 percent annually and would further increase in the upcoming years as the industry spreads across the country, a senior sector official said.

“There are huge software technology markets across the world and India’s export prospect from the sector is extremely vivid,” Software Technology Park of India (STPI) director Prabir Kumar Das said.

“Currently India’s yearly export growth from the software technology is 8 to 10 percent. After setting of under construction STPs in different states of the country, the export growth would be at much higher speed.”

The STPI, an autonomous society of the union ministry of communications and information technology, was set up in 1991 to implement the STP scheme and to promote software exports by providing infrastructure facilities including high speed data communication (HSDC) links.

It has so far set up STPs in 53 centres across India. STPs are being set up or already commissioned six – Assam, Manipur, Meghalaya, Sikkim, Mizoram and Tripura – of the eight northeastern states. They will be set up in Arunachal Pradesh and Nagaland and preliminary works for the purpose are on.

The STPIs has been providing statutory and other promotional services to the exporters by implementing STP and electronics and hardware technology parks (EHTP) schemes.

Noting the global IT market was constantly growing, Das said that India cannot remain at the rear.

“IT is now not only the common men’s tools, but it also boosting a lot to crores of micro, small and medium enterprises besides the big industries,” he added.

He said following the taming of the decades-old terrorism in the northeastern states, the STPs in the region would join the country’s leading states in software technology exports.

“Supported by the STPI, the STPs in the northeastern region would also play an important role in solving the educated unemployment problem of the region,” he said, noting that in Tripura alone, more than 300 B.Tech and M.Tech students in computer science and engineering are passing out from different institutions and around 1,000 students are undergoing different IT courses.

According to an official document, STP scheme, which is a 100 percent export-oriented plan, has attracted many entrepreneurs in the area of software and services. Until March this year, over 5,000 units were operative out of which 4,200 units have exported software.

Das had signed an MOU with the Tripura information technology department Sep 25 to set up a STP in Agartala at a cost of Rs.43 crore.

The TIDC is the nodal body of the STP while Hyderabad-based Avon Technologies India Private limited is the consultant and Mumbai-based D.K. Infrastructure Private Limited is executing the project.

“The STPI has prepared the detailed project report and would provide the entire fund of Rs.43 crore for the STP,” said Chaudhury, adding it would provide all sorts of facilities for the growth of IT industries in the northeastern region for the purpose of socio-economic development.

“The STP would help the authorities to reach out to citizens with more efficient and productive government services,” he said adding that it would serve as an important tool to create maximum job opportunities as well as absorbing a large portion of the educated unemployed.