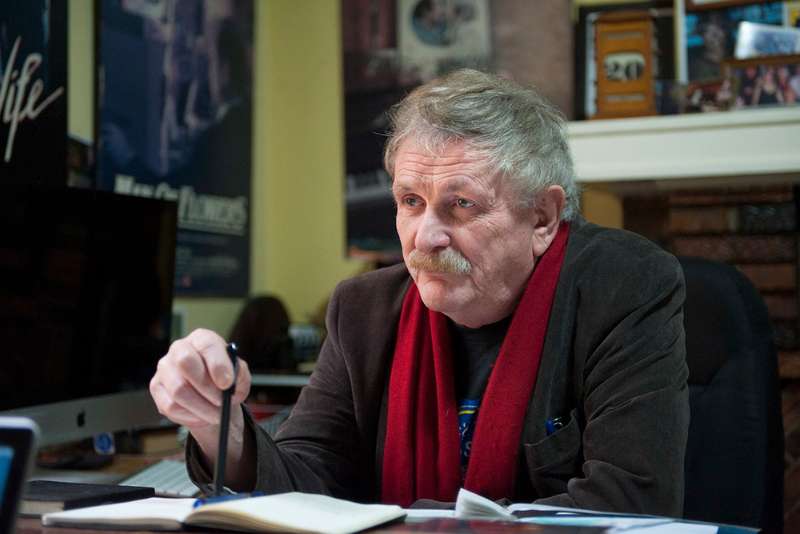 Frowning on Hollywood productions as “manipulative”, legendary Dutch-origin Australian filmmaker Paul Cox asserts he would watch “silly” and “innocent” Bollywood flicks rather than those made in “manipulative” Hollywood.

Described as a humanist filmmaker, the Holland-born and Melbourne-settled Cox, is a “huge admirer” of India’s repertoire of independent movies but laments the absence of powerful storytelling and thought-provoking content that were the highpoints of cinema during the days of masters like Satyajit Ray and Mrinal Sen.

However, Bollywood films, despite their glitz and glamour, appeal to him now more than Western ones.

“It was more humanist in those days, like Ray’s films and those of his contemporaries. Where are those films now? That human element is missing,”, Cox, one of the most prolific and important independent directors from Australia, told IANS in an interview here during the recently concluded 20th Kolkata International Film Festival.

“I know it’s mostly Bollywood now, but I would rather watch silly Bollywood any day rather than Hollywood with all their special effects and everything,” 74-year-old Cox added.
Cox initially started out as a photographer and has to his credit a rich body of work comprising critically-acclaimed, award-winning features, documentaries, shorts and telefilms spanning nearly 50 years.

His most recent venture on organ donation, “Force of Destiny” (an offshoot of his own experience with liver cancer and the subsequent life-saving transplant), shot in parts of Kerala, was screened at the fest. Cox’s memoir, “Tales from the Cancer Ward”, detailing his fight with cancer, is the basis of the film.

“Hollywood is manipulating the youth. They show you all these dreams and ideas but they don’t really give you anything, whereas Indian films are still innocent,” Cox explained about his peeve against Hollywood’s hegemony.

Cox says this with an air of authority. After all, his first documentary in 1971 “Calcutta” was shot in the city and having visited the country, particularly this city, West Bengal and Kerala multiple times, he is at home with the culture and sentiments.

Memories of his time in Kolkata of the 1960s (then Calcutta) are punctuated with poverty and disease, in sharp contrast to the blooming fields of art and cinema.

“Bollywood has penetrated the West and it is always doing so. But some of it is coming back (quality independent cinema). There is new energy but more has to be done,” stressed Cox, known for depicting emotions associated with human frailty as well as the indomitable human spirit.

His 2000 feature “Innocence” was one of his most commercially successful films.

In a philosophical vein, Cox asked: “If you do not reach out to others through what you do, then what are we here for?”

His philosophy to “connect” intensified after his battle with cancer and the life-changing liver transplant in 2009. It also gave him a perspective on organ donation.

“I never knew what was going to happen until I was saved by a young man (the donor) on Christmas day. But I am extremely grateful for it all. The power of one person being there for another is profound even when you can’t see or don’t know who that is. We have to look beyond all these and tell people to make a donation,” said Cox who met his partner, a fellow recipient, during the ordeal.