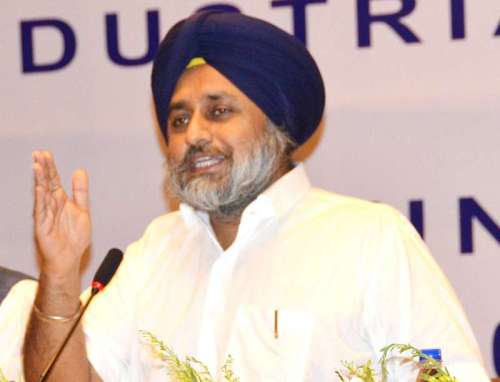 Nearly 20,000 people associated with the drugs trade have been arrested in Punjab in the last one year alone and drugs seizures in the past 20 months have been over Rs.6,000 crore. The alarming figures are the reason why Punjab Deputy Chief Minister Sukhbir Singh Badal says that Punjab is “fighting a national war” against drugs.

“We are fighting a national war. Punjab does not produce drugs. We are a transit point for drugs in India and the rest of the world. The drugs come from the Pakistan-Afghanistan side. We are fighting against this transit war. Since we are in this war, we catch them (drug traffickers),” Badal said in an interview here.

Badal, who is also the Punjab home minister, pointed out that half of all the drugs seizures in the entire country are made in Punjab alone. “All this is due to effective measures,” he said.

“In Goa, just about 5-10 cases of drugs are registered in one year. In Punjab, we have put nearly 20,000 people in jail in just one year. Himachal and Madhya Pradesh are drugs producing states. A lot of hashish, opium, bhukki comes from there. Oh taan phadde nahin (They don’t catch much),” Badal pointed out.

Despite the success of the Punjab Police and other government agencies in drugs seizures and arresting people connected with its illegal trade, Badal said that the menace cannot be stopped altogether.

“We have been able to catch, very effectively, the main guys and the chain below that. And we are keeping a watch. This is a continuous battle, you cannot let it off. The moment you let it off, the things starts again,” he said.

“Nowhere in the world, the supply chain of drugs has been broken completely. Like murders, it (drugs trade) cannot be stopped. Whether the US, Canada – anywhere you go, even with the best technology, they cannot stop it. In the US, drugs are available on practically every street,” Badal added.

Pointing out to the campaign against drugs in Punjab, Badal said that it was being fought on two fronts – busting the drugs cartel and also to ensure that the people who have become addicts are given treatment and brought back to the mainstream of society.

“We are working very strongly on the de-addiction front too. Over a lakh people have visited our de-addiction centres in recent months,” he said.

In the Rs.6,000-crore international synthetic drugs racket busted by the Punjab Police in recent months, the names of sportspersons, police officers, politicians, non-resident Indians (NRIs) and smugglers have surfaced.