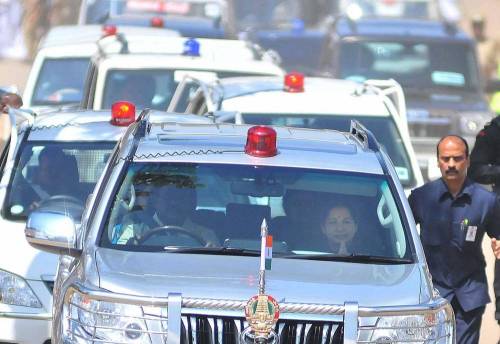 Jayalalithaa, along with her aide Sasikala Natrajan, V.K. Sudhakaran and J. Ilavarasi, were Tuesday refused bail by the Karnataka High Court which held that there were no grounds for granting bail.

Jayalalithaa alone moved the apex court for the grant of bail. The other three would be filing their appeals in a day or two.

Besides her health grounds, Jayalalithaa has invoked section 389 of the Code of Criminal Procedure seeking the suspension of her sentence and grant of bail till the pendency of her appeal against the trial court order convicting her in the case and sentencing her to a four-year jail term and a fine of Rs.100 crore.