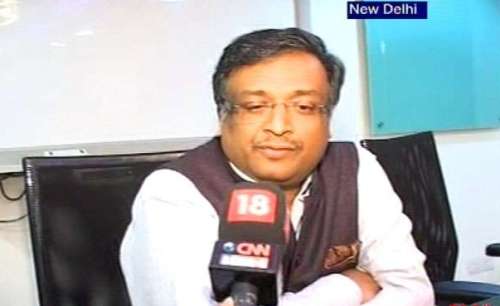 Businessman Gautam Khaitan, arrested for graft in the AgustaWestland chopper deal, was remanded in judicial custody till Tuesday, a lawyer said .

Duty Metropolitan Magistrate Snigdha Sarvaria Sunday sent Khaitan to two days’ judicial custody after the Enforcement Directorate (ED) told her that he is not required for further police custody.

He was presented in court after expiry of his five-day police custody.

Khaitan, who was on the board of Chandigarh-based company Aeromatrix, was arrested after the agency conducted a search of his premises Sep 22. He was arrested the next day.

The supply of 12 VVIP helicopters from British firm AgustaWestland came under scrutiny after Italian authorities alleged that the company paid a bribe to clinch the deal.

India Jan 1 terminated the Rs.3,600 crore (about $770 million) deal with AgustaWestland, inked in February 2010 for supplying the helicopters to the Indian Air Force, over the kickbacks allegations.

India had paid 45 percent of the total contract value for the choppers, meant to ferry the president, the prime minister and other VIPs.

The ED had registered a case in this deal in July 2013 under the Prevention of Money Laundering Act (PMLA).

It had also booked AgustaWestland, its parent company Italy-based Finmeccanica, Chandigarh-based IDS Infotech and Aeromatrix as well as two companies based in Mauritius and Tunisia, a few other firms and unidentified people in its criminal complaint.

The ED named 21 entities in the case.

A separate case was lodged by the Central Bureau of Investigation in March 2013 against Air Marshal (retd) Tyagi and others in connection with the kickback allegations.