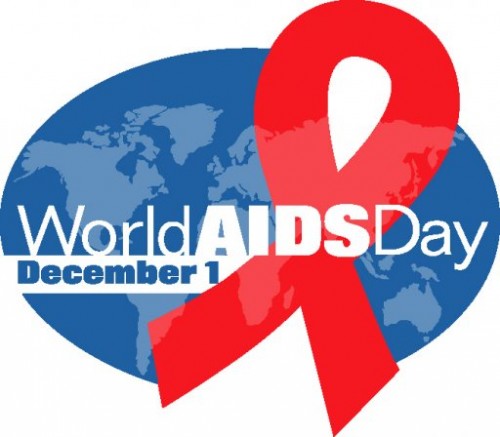 Thirty-four-year-old Ratan Singha, an AIDS patient, wanted to live. He borrowed heavily from family and friends and dipped into his meagre savings to fund his second-line therapy of anti-retroviral therapy (ART) drugs.

But Singha, who had spent his life in pursuit of alcohol and injectible drugs, was compelled to buy the medicines from the open market as they were not available at his local government centre in Manipur.

Unable to afford the high cost of the drugs, Singha soon lost his battle with the disease.

Delhi-based Rahul started using ART drugs in 2006 after he was detected with HIV. Since he didn’t get proper counselling and support, he stopped going to the ART centre. His health deteriorated and now he is on second line ART.

The reason was simple: he was given incomplete dosages due to shortage of ART.

Little Keerthiga’s is the same story.

The five-year-old from Tirchi was born HIV positive and needed regular ART treatment. However, due to the non-availability of ART drugs at the Tirchi centre, her mother, a daily wager, had to take her to a Chennai ART centre every month, which she discontinued after it ran out of stocks.

The three cases are unrelated, but point to a grim picture about the acute shortage the country faces of ART drugs.

According to experts and NGOs, the situation is going from bad to worse. Though there are no figures on how many people with HIV/AIDS are dying due to shortage of crucial drugs, experts feel it is steadily rising.

According to UNAIDS, India had the third largest number of people in the world living with HIV at the end of 2013, accounting for about four out of every 10 people living with HIV in the Asian region.

As per a World Health Organisation (WHO) report last year, the Indian government has been providing free anti-retroviral drugs for treating HIV since 2004, but only 50 percent of those eligible were getting it in 2012.

The Technical Resources Group of the health ministry has recommended providing third line anti-retroviral therapy for HIV/AIDS patients in 10 centres of excellence across the country. There are 448 ART centers across the country.

But the question experts ask is: Where are the drugs?

“It is easy to blame the government and authorities at higher levels for such issues,” a senior National AIDS Control Organisation official, who refused to be identified, told IANS.

“Till 2010, the participation of foreign agencies, pharmaceutical firms and the UN towards the procurement of ART drugs was 70 percent, with only 30 percent of Indian government’s role. A decision was taken by former health minister Ghulam Nabi Azad to entirely revert the scenario, which slowed down the procurement process.

“Now help from foreign agencies is taken only when required. Tenders have already been given to Indian pharmaceutical companies for procurement of ART drugs. By early 2015, all will be fine and the drugs will be in abundance,” the official added.

They said the scarcity is because developed nations stopped funding Indian NGOs, social groups after the then United Progressive Alliance government stated that there was a decline in fresh HIV cases.

However, the Network for People living with HIV and AIDS, a pan India organisation, says the number of cases has increased.

“The way the government is hurrying up to project India as HIV-free and keen to stop the funding for the dreaded disease is a farce. It has to understand that as many global organisations have stopped funding, this will only lead to an increase in the deaths of HIV patients who were surviving with the help of ART drugs,” Anand Grover, founder-president of Lawyers Collective, told IANS.

Lawyers Collective is a global organisation working for the human rights of the HIV and AIDS patients.

Grover said that even the draft of the HIV and AIDS bill keeps people with HIV and AIDS out of the purview of the free ART drugs.

The HIV and AIDS bill, drafted in 2006, was tabled in the Rajya Sabha in February and is currently being considered by a parliamentary standing committee.

“HIV has long gone past being a medical problem and is now an issue that cuts across social, economic, psychological and human rights parameters. The government needs to guarantee access to ART drugs. Just by ignoring the issue, the government cannot tackle the real menace of the disease,” Grover said.

Krishna Kant, founder-president of the India Network for People living with HIV and AIDS, agreed. “We work at the grass root level. Every month there are new cases of HIV registered,” Krishna Kant told IANS.

Reni Jacob, advocacy director, World Vision India, told IANS: “The government needs to realise that the way it is ignoring a dreaded disease like HIV and instead projecting that everything is well ultimately will aggravate the issue, which will later become uncontrollable.”