Controversial meat exporter Moin Akhtar Qureshi seems to have lots of clout with CBI (Central Bureau of Investigation) directors. He is friend to former CBI director AP Singh and the visitors’ diary at the CBI director’s residence reveals that he is equally pally with the present incumbent Ranjit Sinha, according to a DNA report. 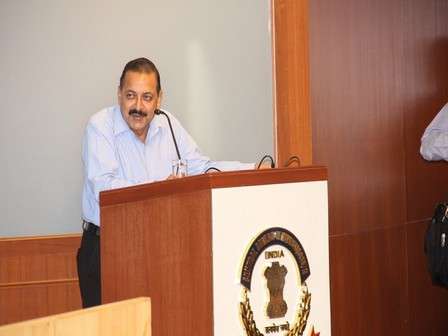 “Prime Minister Narendra Modi had once accused Qureshi of having close links with 10, Janpath. The visitors’ diary accessed by dna discloses that Qureshi has visited 2, Janpath, the official residence of Sinha, at least 90 times in 15 months. He seems to have been family friends with Sinha’s as Qureshi’s wife, too, has visited the CBI chief’s residence sometimes.

Another car (DL-7-CG-3436), in which he used to visit 2, Janpath, is registered in the name of his wife, Nasreen Moin Qureshi, C-134, Defence Colony. Nasreen has visited Sinha’s residence at least five times. On June 25, 2014, Qureshi and his wife visited 2, Janpath together,” the report said.

“Qureshi, a Doon school alumunus, shot into news after the Income-Tax department placed his phone under surveillance and started investigations. I-T surveillance also found out that Qureshi is a close friend of AP Singh (now, a UPSC member). Singh and Qureshi have visited Sinha’s residence on the same day, though at different times.

“The I-T department had raided Qureshi’s offices and residence in February this year and had sent notices to Singh as well after the controversial exchange of BBMs (BlackBerry Messages) between the two sufaced. Qureshi runs one of his offices from the basement of Singh’s residence in Defence Colony.

“Qureshi, originally from Kanpur, has made 16 visits to 2, Janpath, between May 2013 and December 2013. The remaining 74 were made between January and August 2014, after he got into trouble with the I-T dept. In fact, the finance ministry had suggested an SIT probe on Qureshi, but it got immersed under the I-T department’s active investigation.

“Sinha had also written to CBDT, asking the I-T department to share information of its findings to investigate Qureshi’s alleged links with CBI officials. The name of Qureshi and his wife in the daily register are mentioned as Kureshi, Muin Kureshi, Kureshiji, Kureshi1, Kureshiwife, Kureshi (madam), written both in English and Hindi. Qureshi even sent his tailor and car to Sinha’s residence at times, the visitors’ diary reads. On February 3, this year, an entry in Hindi reads (Kureshi saab ke paas se tailor).

The duration of Qureshi’s visits to the CBI chief’s residence ranged from 10 minutes to 40 minutes. Sometimes, he even visited the residence twice on a single day. On August 2 and 8, both Qureshi and Singh visited 2, Janpath, separately. The entry of Singh mentions ex-CBI director, who has visited the residence at least seven times between April and August this year, the report said.