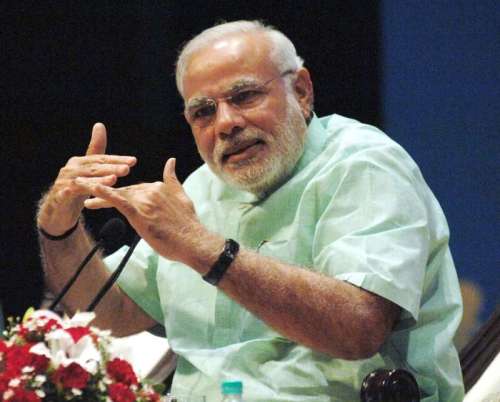 Prime Minister Narendra Modi Thursday called for making “Swacch Bharat” (Clean India) mission a mass movement and said the government offices up to panchayat level would be involved in a cleanliness drive to be conducted from Sep 25 till Diwali.

Modi, who chaired a high-level meeting on the mission, said that all government departments will actively participate in it.

Noting if people clean their homes around Diwali every year, he asked why this attitude can not be extended to overall cleanliness, and called for a change in “governance attitude towards hygiene and sanitation.”

Modi said that the pursuit of cleanliness can be an economic activity, contributing to GDP growth, reduction in healthcare costs and a source of employment.

Linking cleanliness to tourism and global interest in India, he said that world-class levels of hygiene and cleanliness were required in India’s top 50 tourist destinations to bring about a paradigm shift in global perception.