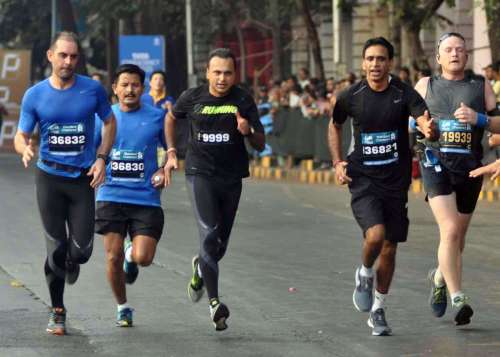 Prime Minister Narendra Modi  praised Reliance Group chairman Anil Ambani for joining the “Swachh Bharat” campaign and hoped it will be an inspiration for others to emulate.

“Wonderful effort by Shri Anil Ambani, who cleaned the area around Churchgate station in Mumbai along with his friends,” Modi tweeted.

“I hope they join Swachh Bharat Mission and inspire others to do so.”

The Reliance Group chairman was seen wielding a broom along with fellow members of the Runners’ Club to clean the area in downtown Mumbai.

The prime minister had launched the campaign Oct 2, Mahatma Gandhi’s birthday, and since then it has been widely propagated and practiced across the country.

“I am honored to be invited by our respected Prime Minister Shri Narendrabhai Modi to join the ‘Swachh Bharat Abhiyan’,” Ambani had said in a statement. “I dedicate myself to this movement and will invite nine other leading Indians to join me in the ‘Clean India’ campaign.”