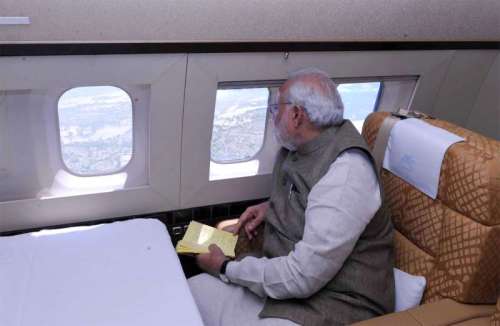 Soon after landing at Visakhapatnam Airport, he inspected the facility extensively damaged by cyclonic storm Hudhud Sunday. Officials briefed him about the damages.

Modi will visit the beach and some other parts of the city, which bore the brunt of the cyclone.

Modi will review the situation at a meeting to be held at the office of district collector. He will then undertake an aerial survey of the other affected areas.

The chief minister earlier said he would brief the prime minister of the situation and give him details of the devastation caused by the cyclone.

Naidu had already written to Modi to declare it a national calamity and provide Rs.2,000 crore as interim relief.