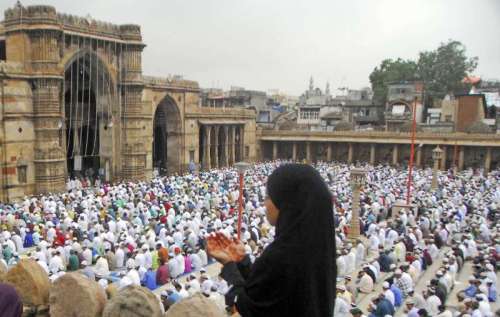 He was responding to a question about Al Qaeda issuing a video and trying to create an Al Qaeda in India/South Asia unit.

Asked why the Indian Muslim community has remained “not as susceptible” to the Al Qaeda’s exhortations, Modi said he is “not the authority for doing a psychological and religious analysis” on the issue.

“So we have to frame this as a fight between humanity and inhumanity, nothing else.”

To a question on whether it is possible for the US and India to “develop a genuinely strategic alliance”, Modi said: “I have a one word answer, and with great confidence I say – yes.”

He said there are many similarities between US and India and acknowledged that there have been ups and downs in the relationship.

“If you look at the last few centuries, two things come to light – America has absorbed people from around the world, and there is an Indian in every part of the world. This characterises both the societies. Indians and Americans have co-existence in their natural temperament.

“Now yes, for sure, there have been ups and downs in our relationship in the last century. But from the end of the 20th century to the first decade of the 21st century, we have witnessed a big change. Our ties have deepened. India and the USA are bound together, by history and culture. These ties will deepen further,” Modi said, according to a transcript of portions of the interview that is to be telecast on Sunday 4.30 p.m. on CNN-IBN.

He was asked if ahead of his visit to the US whether he felt that there is a “genuine desire from Washington” to try and upgrade the relationship with India substantially.

Modi said that India-US ties “should not be seen within the limits of just Delhi and Washington. It is a much larger sphere. The good thing is that the mood of both Delhi and Washington is in harmony with this understanding. Both sides have played a role in this”.