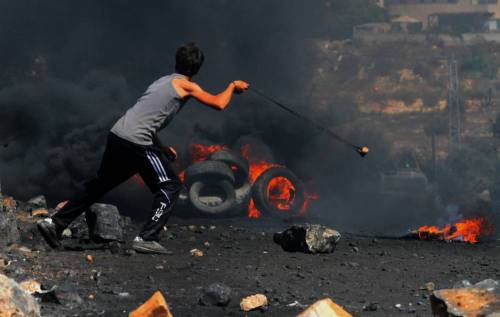 A mosque in the West Bank and an ancient synagogue in Israel were the target of separate attacks early , allegedly by extremists from both sides, amid growing tension in the region.

Israeli Police is investigating the attack on the mosque in Kufur Mughayyir, near Ramallah, which Palestinians blame on ultra-nationalist Jewish settlers.

“Every time a mosque is set ablaze there is an investigation to show something is being done, but not a single settler has ever been arrested,” complained residents of the village, located in an area where there is constant strife between Israelis and Palestinians.

Attacks on mosques and churches were common between 2013 and early 2014 and were blamed on Jewish extremists, who were only arrested in a very few cases due to the secrecy surrounding their actions.

In a separate attack also Wednesday, unidentified assailants hurled a firebomb at the ancient Shfaram synagogue in Galilee, an area with a mixed population of Arabs, Bedouins and Druze.

The 250-year-old synagogue, which continued to be used by a small Jewish community in the middle of the 20th century, became a symbol of peaceful coexistence last May when Arab youths cleaned it and painted it in a joint initiative against hatred and intolerance.

At a press conference, Israeli Science and Technology Minister Yaacov Pery condemned the attack on behalf of the government and said those responsible for both incidents would be brought to justice.