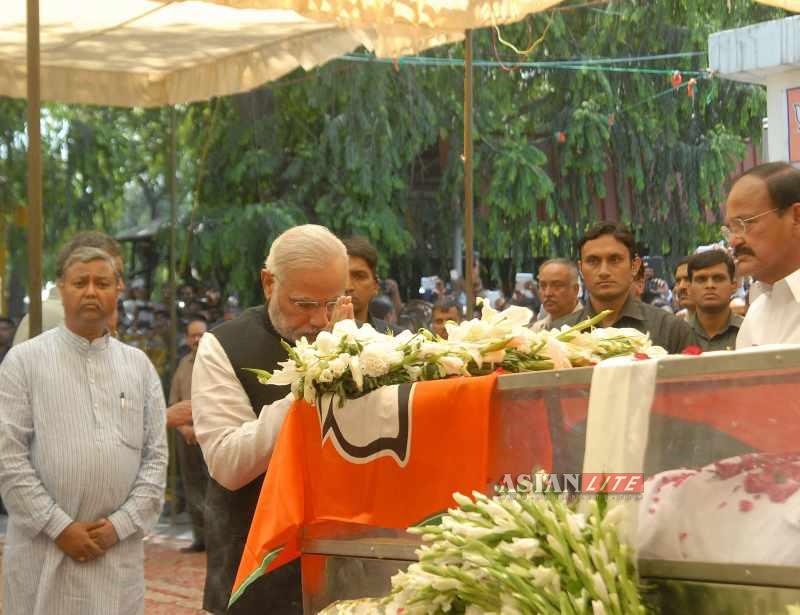 Union minister Gopinath Munde’s sudden death in a road accident here Tuesday has created a political vacuum for BJP and Prime Minister Narendra Modi who will now have to find a suitable replacement in crucial social sector ministries including rural development.

A genial politician with friends across the political spectrum, the 64-year-old Munde’s being tasked with portfolios of rural development, drinking water and sanitation and panchayati raj was considered appropriate in political circles for his grassroots connect, his accessibility and his understanding of problems of people in rural areas.

It was an indication of Modi’s trust in Munde that he entrusted him with three portfolios, a privilege shared by Arun Jaitley and M. Venkaiah Naidu.

With Modi keen to make sanitation a national mission, it was Munde who would have helped draw and implement the roadmap to translate the vision into a reality.

During the UPA years, it gained in stature as it ran the programme under the ambitious Mahatma Gandhi National Rural Employment Guarantee Act (MGNREGA). Its budget running into hundreds of crores of rupees was among the highest for various ministries.

Munde, in his interaction with the media after assuming office, had said that he liked the programme guaranteeing 100 days of wage employment in a fiscal to a rural household and it would be linked to development of villages.

He had lauded the Land Acquisition Act passed during the UPA government and said that budgetary allocation for sanitation and drinking water should be enhanced.

Observers said it will not be easy for Modi to find a replacement for Munde as the post needs a person with administrative experience and connect with the masses.