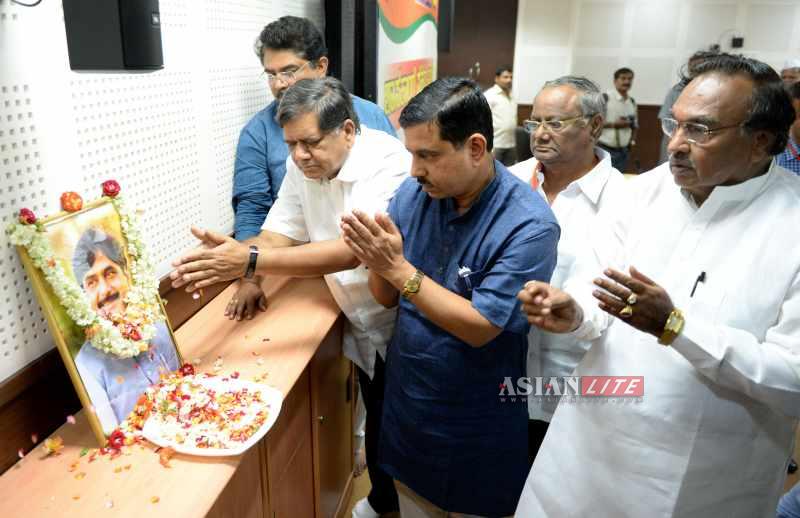 The mortal remains of union minister Gopinath Munde, killed in a road accident in New Delhi Tuesday, were consigned to the flames at his birthplace here Wednesday even as several politicians, including Maharashtra Chief Minister Prithviraj Chavan and MNS chief Raj Thackeray who were present faced the ire of the people demanding a CBI probe into the death.

Munde’s mortal remains were consigned to the flames with his teary-eyed eldest daughter and legislator Pankaja Munde-Palve performing the ceremony and lighting the funeral pyre as the senior Bharatiya Janata Party (BJP) leader had only three daughters and no son.

Pankaja’s action was symbolic and was expected to send positive signals in the Marathwada region which has been regularly in the news for incidents of female foeticide besides heralding her as the claimant to her father’s political legacy.

Thousands of people also raised a chorus for a Central Bureau of Investigation (CBI) probe and virtually cornered several VIPs who had arrived here for Munde’s last rites.

At one point a crowd surrounded Chavan’s vehicle and started thumping the windows and bonnet forcing the security personnel to carry out a baton charge to disperse them.

Elsewhere, some miscreants torched an unidentified vehicle and pelted stones at other vehicles and even at a helicopter parked near the funeral venue outside Vaijnath Sugar Factory premises.

Supporting the demand for a CBI probe, Shiv Sena chief Uddhav Thackeray later said that public sentiments must be respected, and he was endorsed by Republican Party of India chief Ramdas Athawale. Both parties are allies of the Bharatiya Janata Party in the state.

Minor clashes were witnessed between unidentified mourners and security personnel at various places around the funeral venue in Parali-Vaijnath, Munde’s birthplace in Beed district, but later the situation was brought under control.

A sea of humanity including several union and state ministers, political leaders from all parties, BJP activists and locals were present at the last rites.

The state government has declared three-day state mourning for the departed leader.