The mesmerising music of the Naga Hills in India’s northeast will soon reverberate in China, Italy and Romania. 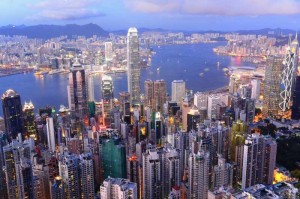 “Songs of the Blue Hills”, a feature-length documentary on contemporary Naga folk music directed by National Award-winning film critic-turned-filmmaker Utpal Borpujari has been invited to the Guangzhou International Documentary Film Festival and the Silk Road International Film Festival in China.

Borpujari said that the Guangzhou International Documentary Film Festival (GZDOC) has picked it up as one of the 20 films from the world over to be screened in Guanzhou, Shanghai and Beijing. The GZDOC has described the film as an “extraordinary documentary, embodying human concern and rational thinking”.

“The film will also be showcased in the Silk Road International Film Festival, to be held in Xi’an city and sponsored by the State Administration of Press, Publication, Radio, Film and Television of the People’s Republic of China and the People’s government of Shaanxi Province,” he said.

According to a festival organizer, the event festival is a part of the “Silk Road Economic Zone” and “Maritime Silk Road of 21st century” strategic vision of China. It seeks to build an international platform for film exchange and trade and enhance cultural exchange and cooperation of countries along the Silk Road.

“Songs of the Blue Hills” will also compete in the Eighth Annual Asia Pacific Screen Awards (APSA), to be held in Brisbane organized in collaboration with UNESCO and FIAPF (International Federation of Film Producers Associations) to celebrate the diversity of cinema from the Asia Pacific region,” Borpujari said.

The film features an eclectic range of Naga musicians who have been practising the folk music of various tribes in their pure and contemporary forms. Among the musicians featured in it are veteran Ao folk singers Sademmeren Longkumer and A. Bendangyanger Tsuwar Jamir, Chakhesang folk veteran Zachunu Keyho, classical pianist Nise Meruno, and groups like the Tetseo Sisters, the Nagaland Singing Ambassadors, the Chancel Choir, Ru’a, Acesou’s Instrumental, Abiogenesis, Nagagenous, Baptist Youth Choir Poilwa Village and Purple Fusion.