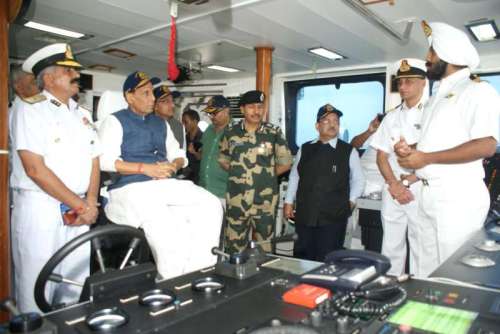 Union Home Minister Rajnath Singh Friday said policies to tackle extremism in the country – specially in Jammu and Kashmir and northeastern states – are being given final shape.

“Policies to tackle extremism in various parts of the country like Jammu and Kashmir, northeast and central India are being given final shape,” he said.

The minister was addressing the media here to highlight the achievements of his ministry in the first 100 days’ rule of the National Democratic Alliance (NDA) government.

“An integrated action plan for strengthening internal security prepared after consultations with all stakeholders,” he said.

Talking specifically about the Maoists, the minister said comprehensive policies are being framed to weed out Left-wing extremism (LWE) from the country.

“A total of 2,199 mobile towers will be installed in LWE affected states that will greatly improve communication network,” Singh said.

“Whatever be the internal security challenges, we are determined to weed them out,” he said.

Singh said paramilitary and other forces, which are fighting the insurgents in many parts of the country, are being strengthened to increase their efficiency.