Pakistan’s ambassador to India defended his recent talks with Kashmiri separatists, saying that including them in a dialogue is the only way to find a lasting peace between the South Asian rivals. Abdul Basit spoke to reporters in New Delhi two days after India called off diplomatic talks with Pakistan because he had met with separatist leaders from the disputed region, accring to the Daily Mail report. 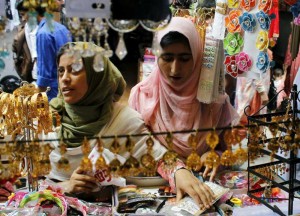 India said the meeting undermined efforts to thaw relations between the nuclear-armed neighbors. But India has tolerated such meetings in the past, which suggests the country’s new government is taking a harder line against Pakistan. India and Pakistan have fought three wars since gaining independence from Britain in 1947, two of them over Kashmir. Both countries control parts of the Himalayan region and claim it in its entirety. That dispute is at the heart of the lingering animosity between the rivals, it added.

“India had warned Basit against meeting with separatist leaders, saying it would jeopardize the foreign secretary-level talks that were to be held in Islamabad on Aug. 25. Despite the warning, Basit went ahead with the meeting in New Delhi, prompting India to declare his actions as “unacceptable” and call off the talks on Monday.

‘India and Pakistan had agreed to hold the talks in May when Pakistani Prime Minister Nawaz Sharif attended the inauguration of his Indian counterpart, Narendra Modi. The meeting in Islamabad between the foreign secretaries was to discuss the resumption of a formal dialogue between the two countries.

‘Talks between India and Pakistan to normalize relations between the often hostile neighbors went into a deep freeze after a 2008 attack by Pakistani terrorists on Mumbai, India’s financial hub, in which 166 people were killed. The two countries began to take tentative steps to resume the peace dialogue but they came to an abrupt halt once again after two Indian soldiers were beheaded in border hostilities in January 2013, the rpoet added

But in a surprise move just before he was sworn in as prime minister, Modi invited his Pakistani counterpart to his inaugural ceremony. The two leaders signaled their intention to improve relations by agreeing to restart the long-stalled discussions to resume peace talks.

Basit told reporters that Pakistan’s diplomats in India have been meeting with Kashmiri separatist leaders for decades because the people of Kashmir are at the heart of any lasting peace between the two countries. “The objective of interacting with Kashmiri leaders is precisely to talk to all the stakeholders to find a viable, peaceful solution to the problem,” Basit said.

“There are only two stakeholders in Kashmir — India and Pakistan,” Akbaruddin told reporters.

“We agree it is a setback. But leaders in both countries are committed to resolve all issues through a peaceful dialogue and we shall persevere. This setback should not discourage us to take our talks forward.”