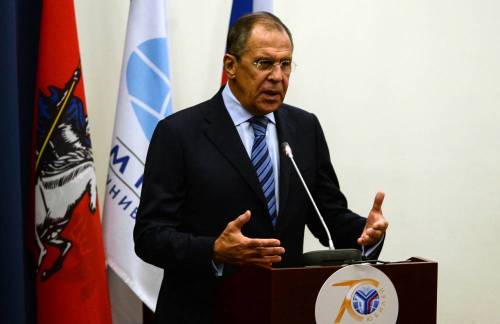 “This is obviously a war crime. Already more than 400 bodies have been discovered in graves outside Donetsk and we hope that Western capitals will not hush up these facts because they’re horrific,” Lavrov told reporters.

He went on to described Kiev’s offer to conduct an inclusive, open and impartial probe of the alleged massacre as “pure hypocrisy”.

“These crimes were obviously perpetrated there at the time when Ukrainian security forces were in control of the region,” he said.

Lavrov noted that Moscow has informed the UN and the Organisation for Security and Co-operation in Europe (OSCE) of the situation, expressing confidence that the international organisations will take a “clear, impartial and objective stance”.

The foreign minister said he hoped Western media would not try to cover up the situation, and that “Western capitals will not keep silent about blatant facts, since they are flagrant”.

Already this week, Russia’s official Investigative Committee opened a criminal investigation into what it described as genocide of the Russian-speaking population of the eastern Ukraine.

“Investigators established that the killings of Russian-speaking citizens were carried out by means of Grad and Uragan multiple launch rocket systems, aviation-launched unguided rockets with cluster warheads, Tochka-U tactical missiles and other types of heavy offensive armaments of indiscriminate effect,” he added.

Some 400 bodies, mostly civilians, were transferred to the morgues of Donetsk after they were found buried in various mass graves since the conflict erupted last June between pro-Russian separatists and the government in Kiev.

For their part, the Ukrainian authorities have said they found three mass graves in the town of Slaviansk, an area that until July had been under the control of the pro-Russian militias.