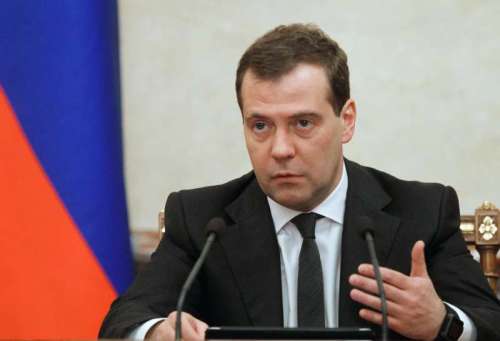 Russia does not rule out the possibility of closing its airspace in response to new Western sanctions over the Ukraine crisis, Prime Minister Dmitry Medvedev said Monday.

“If there are sanctions connected with energy or further restrictions on our financial sector, we will have to strike back in an asymmetric way, such as restrictions in the transport sphere, ” Xinhua quoted Medvedev as saying in an interview with Vedomosti business daily.

“We will have to respond to the restrictions imposed on us,” he said. “If Western carriers cannot overfly our airspace, it may lead to bankruptcy of many airlines that are teetering on the brink of survival.”

Medvedev, however, admitted it would be a bad option. “We would just like our partners to realise that.”

He stressed that additional sanctions would not help bring peace to Ukraine, but only threaten the global security system. He warned that “sanctions are always double-edged”.

Moreover, Medvedev expressed his hope that the Western sanctions can be turned into chances for domestic industry to develop, adding Russia may make further adjustment of the counter sanctions imposed on Western countries.

“We should try to use the situation to bring benefits to the country and our economy,” he said. “We should not harm our citizens; this is the first and most important consideration.”

The EU and the US have slapped sanctions against Moscow to punish its alleged military assistance to insurgents in eastern Ukraine. In early August, Russia imposed a year-long ban on food imports from the EU, the US, Australia, Canada and Norway in counter measures.