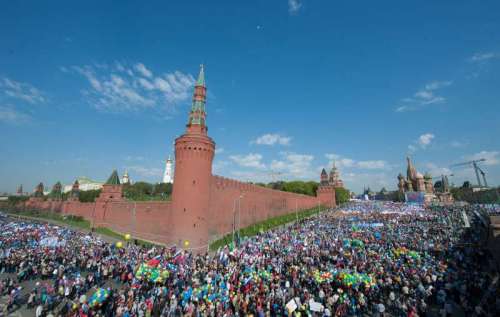 “After interaction in the G8 format was curbed — and for this we are not to blame — the foreign ministry has paid considerable attention to wider cooperation in healthcare within the BRICS (Brazil, Russia, India, China and South Africa) format,” Ryabkov said in opening remarks at an international medical media forum here.

Russia would take the chair in the next BRICS summit scheduled to be held in the city of Ufa, about 1,400 km west of Moscow, in July next year.

He also noted that Russia had transformed from being a recipient of international assistance in healthcare into one of the largest donors.

The sixth summit held in Fortaleza in Brazil was attended by Indian Prime Minister Narendra Modi, Presidents Vladimir Putin of Russia, Xi Jinping of China, Jacob Zuma of South Africa and Dilma Rousseff of Brazil, as they deliberated on global economic, political and strategic issues.