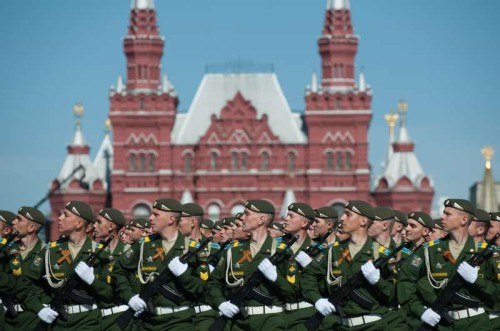 The EU Friday expressed its intention to formally adopt a new package of restrictive measures Monday against Russia, Xinhua reported.

The statement also said the announcement of the upcoming expansion of anti-Russian sanctions was the EU’s first reaction to Friday’s talks in the Belarusian capital of Minsk.

The Minsk meeting was attended by representatives from Russia, the Organization for Security and Cooperation in Europe, Ukraine and the pro-Russian rebel leadership.

They signed a ceasefire protocol, which took effect later in the day.

“The EU authorities are practically sending the signal of direct support of the ‘party of war’ in Kiev, which is not satisfied with the outcomes of the Minsk meeting,” the Russian foreign ministry said.

The Minsk deal has brought forth a glimmer of hope to end the bloodshed in eastern Ukraine, the statement added.

Armed clashes in the region that started in March have claimed at least 2,600 lives.

In July, the 28-member EU agreed for the first time on broad sanctions against Russia.