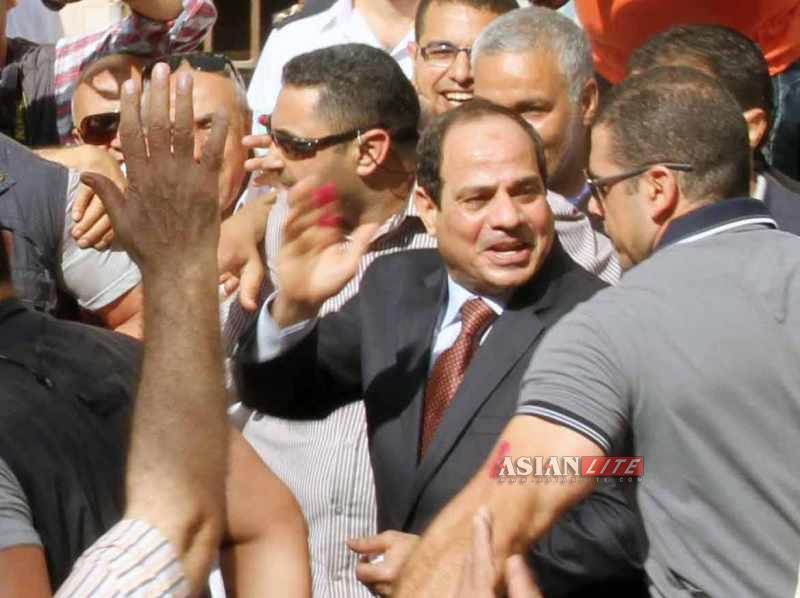 My crystal ball tells me that the three Al Jazeera journalists, incarcerated in Cairo for the past six months, are about to be released.

The three were part of Egypt’s most powerful news bureau during the brief spell of President Mohammad Morsi, of the Muslim Brotherhood.

The US State department saw Morsi as a positive evolution from the Arab Spring. But later Washington changed its tune when crowds supporting Gen. Abdel Fattah el-Sisi came out on the streets against Morsi. These crowds also described US President Barack Obama and US ambassador Anne Patterson as opponents of secular democracy.

The Emir of Qatar had consistently allowed his abiding antipathy towards the House of Saud to extend to the way Al Jazeera covered regional events. Clearly on his signal, Al Jazeera proceeded to report the truth during the occupation of Afghanistan and Iraq, exposing the Saudi-US collusion in both instances. Later when the US appeared to be initially endorsing the Muslim Brotherhood in Cairo as a consequence of the Arab Spring, Qatar felt even more emboldened to join what looked like a winning consensus.

As in several instances of US policy, one hand appears not to have known what the other was doing. It did not register with some US policy makers, that the rise and consolidation of the Muslim Brotherhood in Egypt was anathema to its principal allies in the region – Riyadh and Jerusalem.

Israel too was deeply uncomfortable with the Brothers in Egypt having links with Hamas which was patronized by a Qatar flushed with petro dollars.

Al Jazeera was in clover so long as Morsi and Qatar were in silken dalliance. But as soon as Morsi was ousted, their journalists were incarcerated. They have been in jail for six months. President Sisi is too beholden to Riyadh and cannot be seen to be obliging a Saudi rival, the Emir of Qatar, by releasing journalists of a channel the Emir owns.

Why then is my crystal predicting that a release of the journalists is imminent? Because King Abdullah of Saudi Arabia and Shaikh Sabah al Sabah of Kuwait at the recent GCC summit in Riyadh exerted every muscle to bring Qatar back into the GCC fold. They went some lengths in that direction by holding the December summit in Doha to confer GCC chairmanship on Qatar. The release of the journalists will help end the Doha-Cairo chill.

This is bad news for Tayyip Erdogan whose interest in the Muslim Brotherhood is of another order. In fact his dilemma is acute. He works under the Ataturk Constitution where secularism is non negotiable. He can never openly embrace Muslim Brotherhood but after his Syria misadventure everyone knows he is of that persuasion.

The situation now is this. Saudis will leave no stone unturned to keep the Brothers from gaining influence anywhere. Erdogan has hitched his doubtful regional future to the Brotherhood. This he imagines gives him traction in Egypt, Gaza, Qatar and Jordan – both, in the street as well as in the basement.

This also brings him into Saudi Arabia’s firing line. Just as this Saudi-Turkish rivalry is boiling over, the Riyadh Summit of the GCC has approved a list of 83 terrorist organizations including some in the US which are allegedly linked to the Muslim Brotherhood. The Saudi are clearly trying to excavate along some faultlines in Washington. The idea is to mobilize opinion in the West against the Brothers.

Recently the British government was pressured by the GCC to crack down on British Muslim groups affiliated to the Muslim Brotherhood. London launched an official inquiry and found the Brothers have no links with terrorism. But, GCC will not give up easily. They will expect Jewish lobbies in the US also to work against the Brotherhood whose rise will upset the Fatah-Hamas equilibrium in Palestine.

Meanwhile, West Asia is on a roller coaster. The Al Aqsa mosque attacks could well lead to another Intefada. Secretary of State, John Kerry and Iranian Foreign Minister Mohammad Javad Zarif are reportedly inching towards “outlines” of a settlement adding to Saudi anxieties.

In his latest statement, leader of the Islamic State, Abu Bakr al-Baghdadi has directly asked his followers inside Saudi Arabia to “draw your swords” and cut off the head of the “serpent”, namely the Saudi leadership. And, not to spare Iran either. So it is all building up to a crescendo.