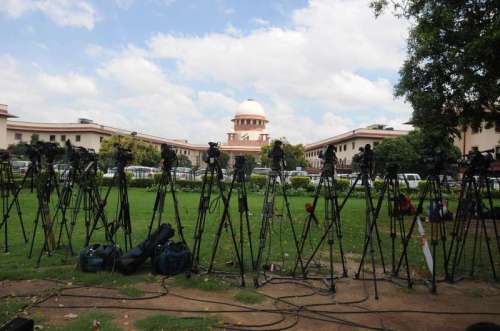 The central government  submitted to the Supreme Court names of the 627 people who are holding accounts in foreign banks revealed to it by the French government.

Rohatgi said that half of these account holders are Indian residents and the other half are Non-Resident Indians. These accounts pertain up to 2006.

He said that action has been initiated into the matter. Some of them have paid taxes while others are under investigation.

He also told the court the Income Tax Act has been amended to extend the limitation period up to March 31, 2015, for recovering taxes from these account holders. Under the earlier provision, a limitation period for recovery of taxes was six years which in these cases came to an end in 2012.

The court directed that the sealed envelopes containing 627 names, including correspondence with the French government, be given to Special Investigation Team (SIT) chairman Justice M.B. Shah and vice chairman Justice Arijit Pasayat. The SIT was set up by the apex court July 4, 2011.

The court said the SIT will move into the matter in accordance with the law.

All the 627 accounts are at HSBC Bank in Geneva – the details of which India got from the French government.

These are also known as stolen data and when the Indian government approached the Swiss authorities for assistance, they refused to help, saying that they don’t deal with stolen data.

However, HSBC Bank said that if the Indian authorities get an NOC from the account holders, then it would share the details. As a consequence, about 50-60 account holders gave their consent with NOC.

Rohatgi told the court that the government of India has only one request that care should be taken that nothing should impede in getting information from these countries and others on foreign accounts in future.

Directing further hearing of the matter Dec 3, the court said that the SIT team will submit its status report on the steps taken by it in pursuance to the list of 627 account holders.

On Tuesday, the central government was directed by the Supreme Court to furnish in a sealed envelope the list of all individuals and entities in its possession who have accounts in overseas banks, legitimate or otherwise.

The directive to this effect came a day after the government gave the court the names of seven individuals and one company, alleging they had funds in bank accounts abroad over which proceedings had been initiated for tax evasion.