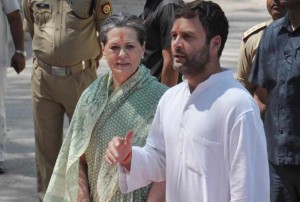 Congress president Sonia Gandhi is “feeling better” and her “condition is improving”, the hospital treating her for an infection in her lower respiratory tract said .

“The health condition and test reports of (Sonia) Gandhi were reviewed today (Monday) morning by treating doctors. Her test results are showing progressive improvement and there is decline in her infection status,” said D.S. Rana, chairman of the Board of Management at Sir Ganga Ram Hospital

“Gandhi is feeling better and her condition is improving. Her medications and breathing exercises will continue and she will remain under observation,” he said.

The Congress chief was admitted to the hospital Dec 18 under the care of Arup Kumar Basu, senior consultant on respiratory medicine. He is leading a team of doctors who are closely monitoring Gandhi.

According to doctors, the problem is quite common during winter.

There has been a lot of speculation about Sonia Gandhi’s health after her 2011 surgery in the US where she spent about five weeks and reportedly underwent a successful surgery at New York’s Memorial Sloan Kettering Cancer Center.

She was also treated for mild asthma for six days in 2008.