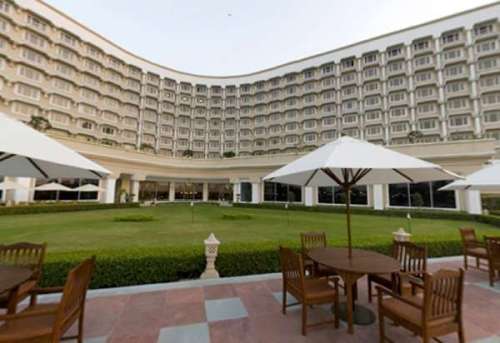 From showing rich Indian heritage to requisitioning its expat chefs from across their chain to dish out their traditional fare, the Taj Palace Hotel laid out the red carpet for visiting Chinese President Xi Jinping and First Lady Peng Liyuan for their three-day stay in the capital.

A welcome letter along with the map of the luxurious Tata Suite in Mandarin awaited the couple as they stepped into the hotel Wednesday night after they flew in to the national capital from Ahmedabad.

“They were presented a specially curated tea chest and a masala ‘spice’ box with traditional Indian spices,” the hotel said in a statement, adding, new books were added to the suite library and the decor touched up with with traditional shawls and Indian handicraft.

The hotel was also ready to serve the guests a delectable spread on hand painted traditional crockery made with the finest porcelain by Bernardaud, pure sterling silver cutlery by Robbe and Berking and crystal ware by Zwiesel’s 1872 range.

While chefs were flown in from the hotel’s signature Chinese restaurants from across its properties to prepare traditional Chinese fare, select hotel staff were also given a crash course in basic mandarin to make the guest feel comfortable, the statement added.

As the couple entered the hotel lobby, women in Benarasi hand-woven silk sarees showered petals on them and presented the First Lady with a Jodhpuri chaddar, even as the pathway was decorated with rangoli that read “Swagatam” or welcome in Devnagri.

In the past, the hotel has hosted dignitaries such as the Emperor Akihito and Empress Michiko of Japan, former president Nicolas Sarkozy and first lady Carla Bruni of France, and former premier Wen Jiabao of China.