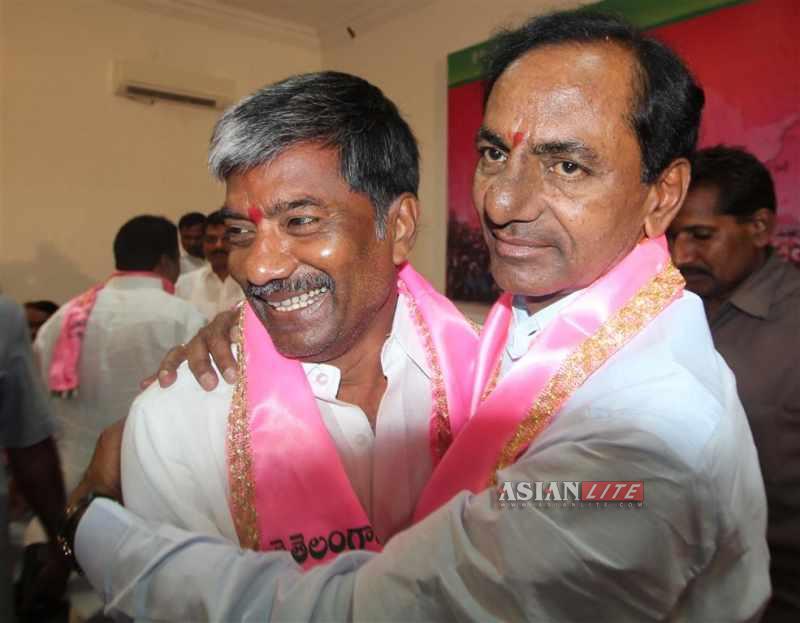 Governor E.S.L. Narasimhan administered the oath of office and secrecy to 60-year-old Rao at a ceremony held at Raj Bhavan here.

Those who took the oath include KCR’s son K. Taraka Rama Rao and nephew Harish Rao.

The swearing-in took place a few hours after the celebrations broke out across Telangana on its formation as a separate state.

Mohammed Mehmood Ali, a member of the legislative council, is the only Muslim inducted in the cabinet, which has a mix of both youth and experience. It was immediately not clear if Ali, a leader from Hyderabad, will be made the deputy chief minister.

Senior leader N. Narasimha Reddy, a politburo member of the party, and E. Rajender, who served as the party’s floor leader in the last Andhra Pradesh assembly were also sworn in as the ministers.

Before taking oath as the chief minister, KCR paid tributes to martyrs of Telangana at Gun Park near legislative assembly building.