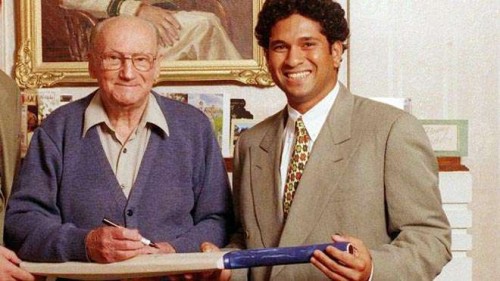 Sachin Tendulkar hardly ever spoke out of turn as long as he played for India. He always measured his words without betraying his emotions. The only time he was rattled and decided to react was when Greg Chappell tried to tinker with his batting order during the 2007 World Cup.

When Tendulkar tried to reason out why he should bat only at the top of the order, his stand was seen by some as selfish and he felt his commitment to Indian cricket was being questioned. On return from the World Cup where India failed to make even the second stage, he lashed out at Chappell and took it up with the Indian cricket board.

There are a number of instances when the board went by what the seniors said and sacked Indian coaches quietly. The seniors even succeeded in keeping some fellow players out, dubbing them as a bad influence on the dressing room. The board accepted their word for it and kept them out of selection for reasons other than cricket.

Chappell in an interview a couple of years later was in a mellowed mood and regretted his decision to force Tendulkar to bat lower down. He said if confronted with a similar situation again, he would still put across the suggestion but if Tendulkar showed any discomfort he would not push like he did in the Caribbean.

So Tendulkar’s narrative has to been seen in the backdrop of what happened before the disastrous World Cup. Chappell has picked on a technical detail when he suggested to Tendulkar that he should replace Rahul Dravid as captain, by saying the only time he visited the master blaster’s residence was 12 months before the World Cup and not “just months away”.

Tendulkar’s quote of Chappell is pretty juicy, befitting two bhais of Mumbai discussing the area of their jurisdiction.

Tendulkar, in his autobiography Playing It My Way, quoted Chappell as saying that he would “help me in taking over the reins of the side” from Rahul Dravid and that “together, we could control Indian cricket for years.”

Tendulkar poured out his angst against Chappell, the national coach from 2005-2007, calling him a “ringmaster who imposed his ideas on the players without showing any signs of being concerned about whether they felt comfortable or not”.

The principal actors of that time predictably reacted and some of the seniors who felt that Chappell was out to finish their careers were vicious.

Saurav Ganguly, who nurses a grouse that Chappell got him sacked as captain and then out of the team, sensationally revealed that the Australian took Dravid into confidence in making his manoeuvres. Ganguly should also find out why the then strongman of Indian cricket Jagmohan Dalmiya could not save his captaincy.

There is an element of contradiction here. If Dravid was so close to Chappell, how could he be dumped and Tendulkar brought back as captain? It doesn’t gel. Dravid took the easy way out, diplomatically saying that he was not “privy to any private conversation between two individuals”.

Dravid says that he had not heard of such a serious move behind his back and he would not like to comment, adding for good measure that seven years have passed since the 2007 World Cup and that it did not affect him.

Harbhajan Singh and Zaheer Khan were the first senior colleagues of Tendulkar to come out in his support and both accused Chappell of creating misunderstanding between players and insecurity among the seniors. What they said is not new as they had said the same things when they came out to back Ganguly in his fight with Chappell.

Chappell might be tempted to ask for how many years did the seniors, barring Tendulkar, Dravid and Laxman, play for India after he left and what happened to the team in the latter stages of their careers.

Chappell came to India with a clear vision without realising that he was entering a snake pit and his revolutionary ideas will have no takers. It was he who kept spreading the word that Mahendra Singh Dhoni and Dinesh Kartik are captaincy material to create unease among the seniors. It was public knowledge that he was trying to force V.V.S. Laxman to open the innings and even saying that Laxman’s days as Test cricketer were numbered.

What some of these senior players did not say is the kind of games they themselves played in getting Laxman out of the 2003 World Cup squad and how he was forced to bat with the tail. At least two of his captains treated him shabbily, in the second instance he chose to quit.

Be that as it may, Tendulkar’s credentials as a player cannot be questioned. When he decides to tell his story, it cannot be only on what happened out in the middle, he is bound to discuss what transpired behind the impregnable iron curtain the board has created.

Most of his Indian fans will take his word as Gospel and they will not accept Chappell’s denial. For them the God will not lie!

Be it Tendulkar, Kevin Pietersen or any cricketer of some standing – when he writes his autobiography, the publisher will always look for stuff that will grip readers to finish it in one go. He wouldn’t like it to be diary of a Sarvodaya missionary.