Sudip Mazumdar analysing the new Indo-China ties during the Modi rule. Will Modi rewrite the rules of India-China engagement? 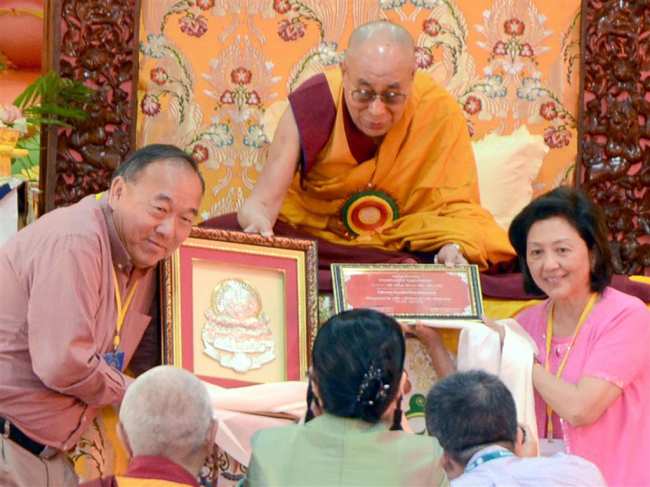 Even before Narendra Modi became the prime minister, he did something that none of the governments before his could do in the past 50 years. And this historically path-breaking move has remained largely out of sight of India’s fickle media.

Pooh-poohing the hand-wringing traditions set by a pusillanimous Manmohan Singh government, Modi invited Lobsang Sangay, the democratically elected political leader of Tibetan people in exile, to his swearing-in at the Rashtrapati Bhavan, the most prominent emblem of state power. Not only that, he posed for photographs with leaders of South Asia and Sangay got a spot in the frame.

Contrast this with the hypocrisy of earlier governments, whose ministers and top officials privately spoke admiringly of the Dalai Lama but deliberately stayed away from any event graced by him, to not offend Beijing. The Dalai Lama, who is the most revered refugee in the world, has been living in exile as India’s honored guest since his escape from the Chinese invasion of Tibet in 1959. This falling in line with Beijing’s wishes simply diminished India in the eyes of the Chinese Communist leadership. For, the Chinese leadership has shown that it takes seriously only the strong and the assertive.

All that seems set to change now. The move to invite Sangay to the ultimate official function attended both by the heads of state and the government gives us an indication how India under Modi would like to appear in global affairs. Seen in the background of another significant move to appoint Ajit Doval as the National Security Adviser (NSA), a known sympathizer of the persecuted Tibetan people, India wants to be seen as a strong and resolute nation, unhesitant to take radical foreign policy initiatives.

Although Beijing responded with its default response of protesting against Sangay’s presence at the swearing-in by sending a demarche, it did not make a hue and cry about it. On the contrary, after a congratulatory message to Modi, Chinese premier Li Keqiang took the initiative to be the first among world leaders to call Modi on May 29. The courtesy call became a 25-minute chat when Modi referred to the Seventh century Chinese Buddhist monk-scholar Hiuen Tsang’s 15-year-long stay and travels in India. Apart from visiting and studying with great Buddhist masters in the famous universities of Nalanda and Vikramshila, Hiuen Tsang also traveled through Vadnagar, Modi’s birthplace in Gujarat.

That the Chinese leadership is eager to know and do business with Modi’s government was evident when Chinese president Xi Jinping decided to send his Foreign Minister Wang Yi to New Delhi this weekend as a precursor to a visit by Xi himself later this year. As chief minister of Gujarat, Modi had visited China thrice in 2006, 2007 and in 2011, when the Chinese leadership bestowed an honor usually reserved for visiting heads of state or government by meeting him in the Great Hall of the People in Beijing.

That Modi would refer to Hiuen Tsang and his NSA Ajit Doval would harbor sympathy for the Tibetans’ aspiration for genuine autonomy in their homeland is a clear indication that Tibet will loom in the background into the rewriting of the India-China relationship.

And why not? Tibet has traditionally played the role of a buffer between India and China until China annexed it in 1950. The largely Buddhist peace-loving Tibetan people have drawn spiritual sustenance from India, where the Buddha attained enlightenment. The Dalai Lama often refers to Indians as “guru” and Tibetans as faithful “chela” who protected and preserved Buddha’s teachings even as they disappeared in India. Tibet is an ecologically fragile plateau that stores one of the biggest sources of fresh water in its glaciers. Five major rivers including the Brahmaputra, the Mekong and the Yangtse sustain more than 1.5 billion people downstream in South Asia, Vietnam and China.

That Tibet should remain a zone of peace and its people should enjoy basic human and civil rights is a no-brainer. The Manmohan Singh government’s wishy-washy stand on Tibet, the Dalai Lama and Tibetan refugees has thus far not only rendered a great disservice to the Tibetans but has allowed the Chinese leadership to be aggressive on its claim on Arunachal Pradesh bordering Tibet.

The Chinese Communists are nationalists first and nationalism is their mantra for statecraft. In contrast, nationalism is looked down upon in India by a section of the Western-educated Indian ruling elite. No wonder India has remained a bit player in global affairs and failed to get the clout it deserves.

Modi and his team will hopefully change that. By excising the bigotry and obscurantism in the nationalist fervor of sundry rabble-rousers and drawing strength from the noble in the vast classical Indian literature and syncretic traditions, India could build upon a nationalism that would be free from the Western colonial vestiges still ruling many of our minds.

Resolving the Tibet issue is a win-win situation for both India and China. India will have a friendly people on its long Himalayan border and the Chinese leadership will gain the moral respectability that it so badly craves.

It is perhaps a coincidence that following Sangay’s presence at the official ceremony, Beijing, after spurning offer of resuming talks for four years, showed willingness to reopen talks with the Dalai Lama’s representatives, albeit only on the spiritual leader’s future status. India must welcome this and nudge Beijing toward a peaceful resolution of the long-festering Tibet crisis.