The Indian missions in the UAE were issuing only the 64-page booklets after the supply of ordinary booklets was affected due to technical issues. 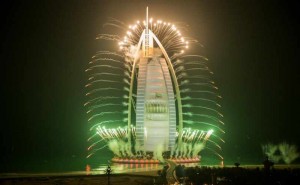 Just as they were clearing a backlog of passport applications due to the shortage of ordinary booklets of Indian passports in the UAE, officials in the Indian Consulate in Dubai have stumbled upon a scarcity of the jumbo booklets. Normal delivery of Indian passports had faced huge delays since June after the supply of the 36-page ordinary booklets was hit due to technical issues in printing back in India. The Indian missions in the UAE were issuing only jumbo booklets with 64 pages to tide over the crisis, according to a report in Khaleej Times.

“A 64-page jumbo booklet costs Dh95 more than the 36-page ordinary passport priced at Dh285. Those who sought tatkal (emergency) service had to shell out an additional amount of Dh570 to get their passports renewed within a week. These charges exclude the service charges taken by the BLS International, the agency that processes passport applications, which could go up to Dh56.,” the report said.

As first reported by Khaleej Times, the missions started receiving fresh stock of ordinary passport booklets by mid-July, following which the crisis was being solved. On Monday, the Consulate said it was “restoring the status quo of passport delivery prevalent before the shortage of booklets.” This meant that applicants will no longer have to wait for more than the specified time during which passports were issued prior to the crisis. It, however, added that the shortage continues with regard to the 64-page jumbo booklets, which were issued instead of the ordinary booklets for those who applied for the travel document during the period of shortage.

“ …with regard to jumbo booklets, since the shortage continues, only applications from truck drivers and cabin crews are being accepted at the BLS Centres. Requests of other applicants for jumbo passport booklets will be considered on a case to case basis,” the Consulate stated.

An official told Khaeej Times that applicants with cases of truly genuine reasons would be considered separately. “We will definitely issue jumbo passport booklets to those who really deserve it. For example, those who want to travel for medical purposes and other humanitarian cases.”

“But, at the moment, we are accepting applications (for jumbo booklets) only from truck drivers and cabin crew since they are the ones who cross borders frequently (and require more pages in the passport). We are awaiting a new batch of jumbo booklets soon,” he said.