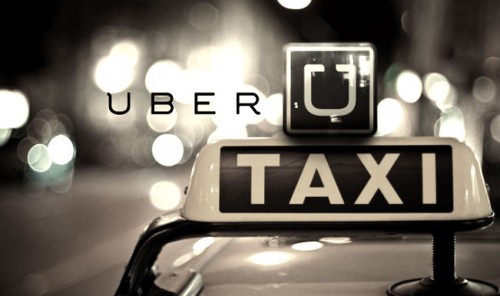 New Delhi’s ban on the US based ride-sharing service Uber following the rape of woman passenger by one of its drivers has focused attention on the fights it’s engaged in with local governments around the world, including in San Francisco where it was accused of misleading customers into believing they banned drivers with criminal backgrounds.

“It’s not the first time that Uber drivers have been accused of sexual assault,” noted the Time magazine.

The ride-sharing service has also faced bans at one point or another in cities across the world, and many disputes with authorities remain unsettled, it said.

The “war chest” of the $41.2 billion San Francisco based company doing business in 45 countries, “will come in handy” in these battles, Time suggested.

In San Francisco and Los Angeles, district attorneys have accused the ride-sharing service of misleading customers into believing they ban drivers who have ever committed criminal offenses, the newsmagazine noted.

In Portland, Oregon, Uber began operating illegally on Friday night and could face penalties, according to the city’s transportation bureau.

A court challenge against Uber in the Netherlands resulted this week in an injunction against the ride-sharing service, with a court saying the company can’t work with drivers who don’t have a license, Time said.

In September, courts in Berlin and Hamburg ruled the company did not comply with German laws and officially banned the service from using unlicensed taxi drivers, according to the magazine.

In Toronto, Canada, authorities argued last month that Uber is “jeopardizing public safety” and is getting ready to fight the ride-sharing service in court, Time said.

Uber halted operations in Nevada after it issued a statewide ban against the service last week, with a court arguing the company operates like a taxi business.

Uber has also “come under fire for what some consider a lax attitude toward protecting the private data of its customers and ensuring passenger safety,” according to the Washington Post.

The UberPop service, which links clients with drivers who do not have professional licenses, has been banned in the Netherlands and the German cities of Berlin and Hamburg, according to the New York Times.

London’s main taxi association has brought lawsuits against Uber and a number of its drivers, it said.

Lawmakers in Thailand and Vietnam have banned the service, and the city government in Seoul has said it plans to do the same.

However, writing “in defence of Uber in India” in Fortune, a columnist suggested “Uber with its use of technology is way safer than any other cab company or any generic cab driver who hustles you at the airport.”

“What really happened here is a tragedy due to India’s inherent social dynamics and problems with sexual assault as well as its inability to have a efficient ID system,” he wrote.

“*That* is why a young woman was harmed and that’s what we should be focusing the spotlight of mainstream attention on,” the columnist suggested.