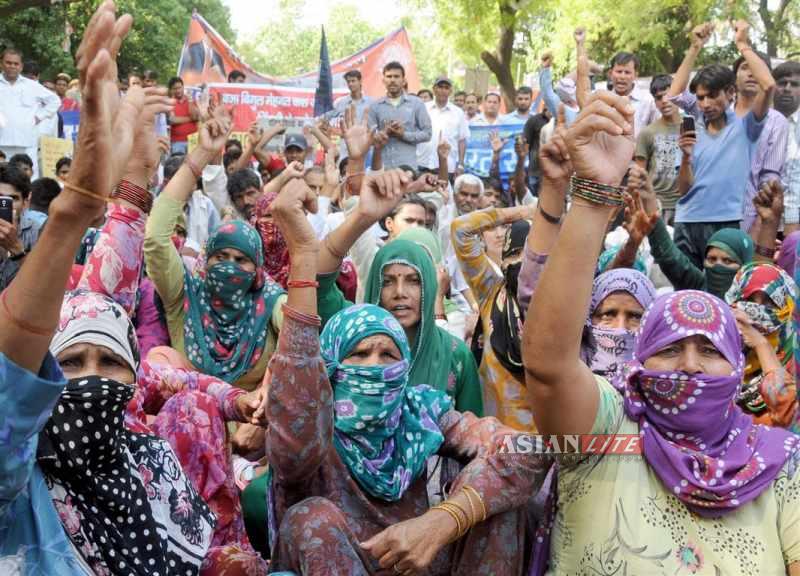 The United Nations Monday condemned the gang rape and murder of two girls in Uttar Pradesh’s Badaun district and called for immediate action against the perpetrators and to address violence against women across India.

“There should be justice for the families of the two teenaged girls and for all the women and girls from lower caste communities, who are targeted and raped in rural India. Violence against women is not a women’s issue, it’s a human rights issue,” Lise Grande, resident coordinator of the UN system in India, said in a statement.

The statement said the UN system in India stands united with people across the country to do what it takes to ensure that every woman and girl can live safely and with dignity.

“Every girl and woman should be able to live safely, feel protected and grow up free of violence,” said Rebecca Tavares, UN Women’s Representative in India.

Tavares said amongst the many actions that need to be taken, the UN encourages the speedier application of the Criminal Law (Amendment) Act 2013, including the establishment of the one-stop crisis centres.

“The justice system is key to address the problem,” she said.

Stressing on the importance of implementing laws and changing mind-sets, Grande said many progressive reforms and changes have resulted following the brutal gang rape and murder of a young woman in Delhi in December 2013 and the historic Justice Verma Committee report.

However, she added that having the laws in place are only one part of the solution – their implementation also matters, as does changing mind-sets.

“Violence against women and girls is preventable, not inevitable. Sustained implementation of the Protection of Children from Sexual Offences Act, 2012 and the setting up of special courts and child friendly procedures for victims under 18 years of age are also key priorities.”

The UN said the incident also highlights the danger Indian women are exposed to due to lack of toilets.

“Around 65 percent of rural population in India defecates in the open and women and girls are expected to go out at night. This does not only threaten their dignity, but their safety as well,” said Louis-Georges Arsenault, Unicef’s representative to India.

Two minor girls went missing last week when they went to a field to answer nature’s call and were later found hanging from a tree in the village. Post-mortem examination later confirmed gang rape.