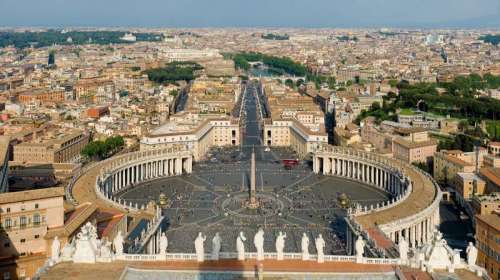 Security around St Peter’s Square in Vatican City has been doubled due to concerns about possible terrorist attacks targeting Pope Francis or the Vatican.

Last week, Interior Minister Angelino Alfano said Italy and Rome, as the cradle of Christianity, were not “non-secondary” targets of the Islamic State (IS) group.

However, Alfano also stressed there was not as yet any “investigative evidence of terrorist plans in our country”.

Pope Francis will be travelling to Tirana, the capital city of Albania, Sunday amidst tight security.

Pope Francis’ security will not be stepped up during his trips to Albania and Turkey despite alleged assassination threats by the terrorist Islamic State.

Vatican spokesman Fr Federico Lombardi said there was “nothing serious” in the threats, which were revealed by the Iraqi ambassador to the Holy See in an interview with the Italian newspaper La Nazione