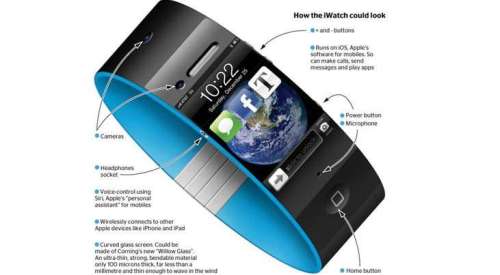 Apple chief executive Tim Cooks got a standing ovation on Tuesday in Cupertino, when he announced the “next chapter in our story” at a special event that also launched the iPhone 6 in two sizes. The Apple Watch checked more than the expected boxes: Nifty design (not spectacular by Apple standards), sapphire crystal, a new interface with an innovative little crown to control most things, vibrating feedback for reminders, a new NFC-based Apple Pay system, and even “wireless charging”-sort of.

Don’t rely overly on standing ovations as an indicator of great products, though. Especially when it’s a fan audience that’s waiting for months for just that announcement.

And remember when Steve Jobs announced the iPod way back in 2001? He didn’t even get polite applause, until the end when he pulled the iPod-with its 5 megabyte hard drive-out of a pocket in his blue jeans. There was no standing ovation.

Yet the iPod, with its companion iTunes software and service, opened up for Apple a new market with new customers: hundreds of millions of music lovers. Most weren’t Apple users. And yes, it also changed the world of digital music.

In January 2007, when Steve Jobs announced that Apple had just “reinvented the phone”, there was more excitement. Again, it wasn’t a global new category: as with MP3 players before the iPod, smartphones had been around. But it was an all-new market for Apple. Many who weren’t Apple users bought the iPhone.

On the face of it, Apple’s watch appears to check the same boxes: existing market segment, new category for Apple, trademark design innovation.

There’s one very big difference though.

The iPod and iPhone were standalone gadgets that did not need you to own an Apple product, to work. You did need to connect the iPod to a computer to load music, but not necessarily an Apple. That’s how the company opened up a new market, with new customers who didn’t have an Apple.

Not so for the Apple Watch. It works only with an iPhone, and not just any old model, but the current iPhone 5, and the next one that’s launching Sep 19 in the US and Oct 17 in India, the iPhone 6.

Can you use an Apple Watch without an iPhone? Intermittently, perhaps, but for many features, it needs an iPhone around-including for GPS. That’s a surprise, given how many wearable devices are already available with GPS. So if you’re going jogging, you’ll need to lug your iPhone 5 if you want to use those capabilities.

Let’s look at the competition: Even those who have watches linked to their smartphones let you use them largely independently. Samsung’s Gear S has GPS and a 3G internet connection. The rather stunning Moto 360 lets you sync with many Android handsets. There’s even a Spice-branded dual-SIM watch in India — at under Rs.4,000.

Okay, forget the competition. Apple had an opportunity to reach out to the billions who don’t use Apple. It missed it on two counts: The requirement for an iPhone. And the price tag.

At $349 upward (with no information on how high the prices go), we’re talking about a digital watch that costs way more than a good midrange smartphone.

So for someone who’s not an Apple user, this watch would set her back, in India, by somewhere in the region of Rs.70,000. That’s over three very capable Moto X handsets.

So what could Apple have done? Well, if it had priced at least one version of this at $199, and allowed sync with iPad 2 and iPhone 3 upward, it would have doubled its addressable market.

And if it had further supported Android, heresy though that might sound like, it would have opened up to a market of a 100 million potential buyers in India — and hundreds of millions others in similar, Android-dominated, markets.

Given Apple’s track record, its new watch will sell, albeit mainly to Apple’s existing, top-end-iPhone owners. And there will be a scramble by app developers to support it.

For the rest, I’d guess they’d watch the market — and maybe activate features and support for other iPhone and iPad models further down. I wouldn’t be surprised if Apple even had a Watch App for Android up its sleeve, in reserve.