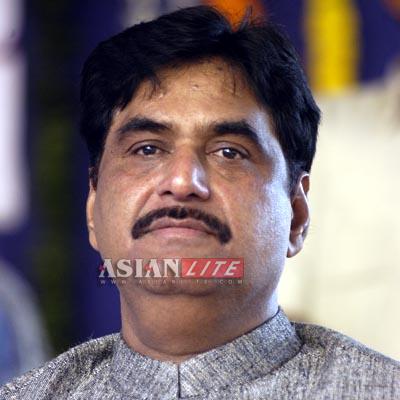 Gopinath Munde, a farmer’s son who became the nation’s rural development minister, was adept at building bridges with other parties in the state and became the foremost BJP leader in Maharashtra after the sudden death of his brother-in-law, party strongman Pramod Mahajan in May 2006.

This was until his erstwhile junior ministerial colleague in the Maharashtra government in 1994-99, Nitin Gadkari shot into the limelight on being elected BJP national president in 2009 to salvage the party after its humiliating defeat in the general elections that year.

Born as the third child among five in a middle-class farmer family of Parali in Beed district in the backward Marathwada region, Munde studied in a modest government school where classes were conducted under a tree, before joining a district-level high school and later did his graduation from a college in Ambejogai.

During his college days, Munde met a sauve, soft-spoken young man, Pramod Mahajan, who coaxed him to join the Akhil Bharatiya Vidyarthi Parishad. Later, during the Emergency of 1975-1977 he was jailed for nearly three years as an RSS activist.

Munde found his political calling when he attended a training camp of the Rashtriya Swayamsevak Sangh in Pune later and subsequently took over as an executive committee member of the Pune RSS.

By 1980, the Janata Party coalition in the capital was on the verge of collapse, and the BJP was born out of the former Bharatiya Jana Sangh.

That year, Munde became state president of the Bharatiya Janata Yuva Morcha and was also elected a Maharashtra legislator.

Munde’s friendship with Mahajan blossomed into a family relationship when he married his sister, Pradnya Mahajan. The couple have three daughters, including Pankaja Munde-Palve, a state legislator elected from their home constituency, Parali.

After working as a legislator of the Shiv Sena-BJP opposition in the state, in December 1991 Munde was catapulted to Leader of Opposition – a coveted post he held till March 1995.

In the Maharashtra assembly elections held later that year, the saffron alliance emerged the surprise winner, ousting the then undivided Congress from power when Sharad Pawar was the chief minister.

While Shiv Sena’s Manohar Joshi became the state’s first Brahmin chief minister, Munde was made the deputy chief minister and home minister for the SS-BJP government’s full term before it was voted out in 1999.

His tenure as home minister became famous for the free hand he gave the Mumbai and state police to eliminate mafia dons and gangsters in what came to be known as the dreaded ‘encounter killings’ by the police. Many ordinary policemen, given a virtually free hand, went around killing gangsters in Mumbai, Thane, Pune, Nagpur and other places and were publicly recognized and eulogized.

After Mahajan’s death in 2006, Munde gained prominence as the senior-most BJP leader in the state until Gadkari overshot him in the stature in 2009 as the party president. But, then Munde became the deputy leader of opposition in the Lok Sabha.

Despite blowing hot-and-cold, the Munde-Gadkari duo managed a fair working relationship in the party politics. Tuesday morning, Gadkari bore the cross of breaking the news of Munde’s tragic death.

With the BJP-led NDA’s historic win in the 2014 Lok Sabha elections, both Munde and Gadkari were made ministers in the union cabinet headed by Prime Minister Narendra Modi, handling important portfolios befitting their stature and experience.

This time even Munde’s niece, Poonam Mahajan-Rao (daughter of Pramod Mahajan), was elected from Mumbai. Her brother Rahul Mahajan is a television personality.

Munde is the second mass leader from the backward Marathwada region of Maharashtra to have died prematurely. Two years ago, Congress’ strongman and former chief minister Vilasrao Deshmukh died of illness at the age of 67.