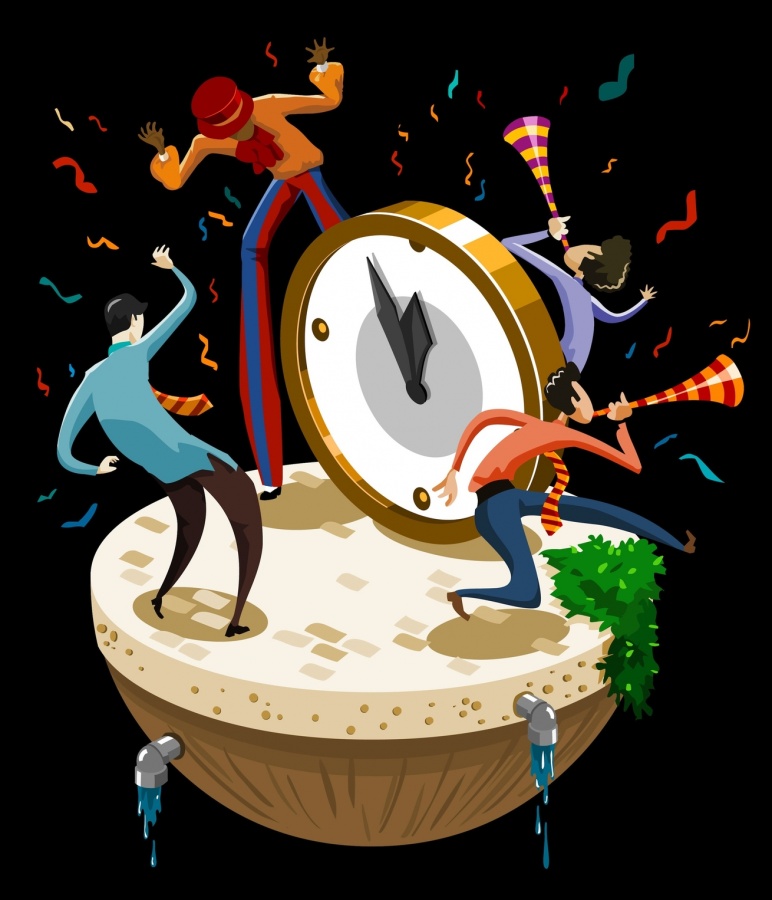 Column by By Vishnu Makhijani

You would’ve often heard that “fool-proof security” is in place. Okay, so a fool can’t get past but what if a dude with a doctorate in particle physics from MIT turns up?

Then, one often hears of security being “beefed up”? Apart from wondering why a substantial portion of the Indian population has not objected to the usage, it makes one wonder: Is security generally lax that it needs to be ramped up on certain occasions? Or does it mean that beefy men – beefcakes in the West – are called out when trouble is expected?

Now, take encounter. This would bring to mind a meeting between a boy and a girl, or someone you come across unexpectedly. So what this headline denote: ‘Two militants killed in Kashmir encounter’. Does it means the security forces encountered the militants and went “bam, bam”. Nope, it means a gun-battle or firefight occurred.

What does the word “evacuate” bring to mind? People being moved out in a hurry due to an emergency? So, what does one make of this gem: “Delhi is facing a power crisis as it failed to evacuate its share of electricity from Chhattisgarh.”

Now take the word good. “XYZee’s political rally attracted a good crowd.” Good as in good, god-fearing people or good as in behaviour? Nope, it means substantial. How come? Well, in Hindi you’d say “Aachi bheed thi” and what do you think the literal translation would be?

Now take the case of the man whose “building maps” had been cleared. What were cleared were his building plans. In Hindi, it would have been: “Building ka naksha pass ho gaya.”

What does seize mean? Take hold of something suddenly and forcibly? Eagerly and decisively grab an opportunity? So what does one make of a news report that quotes a minister as saying he was “seized of the matter” when referring to an agitation by school teachers?

What’s a sneaker? Something you wear when out jogging or as a style statement, right? Now take this: “The security forces caught five sneakers as they attempted to cross the LoC in J&K.” Is this what is meant by the shoe being on the other foot?

There’s more. How often have you been asked: “What is your good name?” Well, my good name is Vishnu, but for my bad name, please ask my former wife.

“Hello, hello, welcome, welcome. Would you like some tea-coffee?” Respond with: “No thank you, I’d very much appreciate a double martini” and the questioner will think you’re daft.

There’s this worthy I re-introduced myself to. “Oh, yes, yes, I remember you. You caught hold of my minister and interrogated him.” What a double whammy it would have been if I could really have done that!

Asking for directions, this is what I got: “It’s very easy to find. Come to such-and-such place. My office is on the backside.” I guess I asked for that one.

All this in a country that till the early 1970s contributed the largest group of toppers in the ISC (Class 11) examination.

English is no doubt a very dynamic language and needs to keep up with the times. But when this involves twisting it out of shape, an old-timer like me would certainly cringe, which is what I do every morning when I pick up the newspapers.

But then, this is India; so one has to just grin and bear it – and knock down a few every evening just to retain one’s sanity.