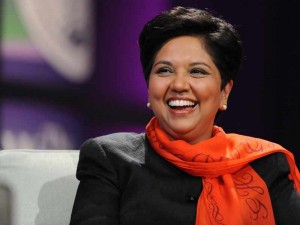 Global food and beverages firm PepsiCo has tied up with former US president Bill Clinton-run The Clinton Foundation to spur social and economic development in emerging markets like India.

The partnership’s inaugural project was launched in Maharashtra, India with an agriculture initiative to source vitamin-rich cashew fruit from smallholder farmers.

This arrangement is expected to create an important new ingredient supply for PepsiCo’s local juice business and also help get better prices for cashew growers.

Through the Clinton Foundation’s Clinton Giustra Enterprise Partnership model, founded by President Bill Clinton and philanthropist Frank Giustra, this initiative will apply modern agricultural techniques to improve cashew farming practices, boost yield and productivity and increase income for local smallholder farmers.
“
“It will also scale up and strengthen India’s cashew supply chain to build the future potential of a domestic and export market,” PepsiCo said in a statement here.

Most cashew farmers in this area farm on less than one hectare of land and live below the poverty line. The Clinton Giustra Enterprise Partnership uses market-driven models to improve the livelihood of smallholder farmers by providing training, facilitating the purchase of their harvest and handling their distribution and logistics.

The approach has been designed for replication in value chains throughout the world and is currently catalysing similar supply chain enterprises in Latin America and Haiti.

PepsiCo plans to use cashew fruit juice as one of the ingredients in some of its blended fruit juice products in India.

“Committed partners like PepsiCo demonstrate the tremendous impact that social enterprises and the private sector can make when they work together to solve business problems that also advance social good,” former US president Clinton said in a statement.

“Sustainable agriculture is critical to PepsiCo’s supply chain and we have a long history of working with local farmers around the world in ways that strengthen our business and the communities in which we operate,” Nooyi said.

The programmes’ first India cashew harvest is currently underway. It will be sourced from more than 2,000 smallholder farmers in 2014, with plans to scale the number to as many as 15,000 over the next five years.

“PepsiCo India plans to begin incorporating the fruit into some of its blended juice products starting in Spring 2015,” a company statement said.