Manchester council will work with some of the city’s registered housing providers to use unused, spare land – or infill sites – for high quality new housing. 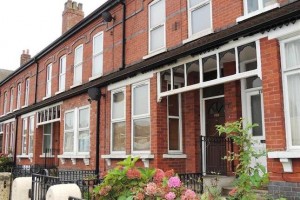 The City Council’s Draft Residential Growth Prospectus*, which was released last year, set out an ambitious target for home building in response to a projected surge in population over the coming years, and to support the economic growth of the city.

As part of the prospectus, potential development sites across the city have been identified and will offer pockets of land suitable for up to 15 new homes per infill site.

In total there is potential to develop 151 sites over the next 10 years, including 115 in the next three years. This could bring more than 1,000 new homes in the next decade through the use of infill sites alone.

Five council owned sites in Wythenshawe have already been successful in attracting funding through the Affordable Homes Guarantee Programme – along with another three registered provider owned sites.

The second round of Affordable Homes Programme Funding (2015 – 2018) will see a further 21 sites considered, which could bring up to 164 new homes to the city; offering high quality mixed tenure housing, including affordable rent and shared ownership.

The outcomes of these bids are expected to be announced in July.

In the future, the city council will also consider clustering infill site opportunities to be developed by small to medium-sized contractors who could bring both their investment and expertise to the developments.

“Using vacant infill sites brings the unused assets of an area in to use. It not only creates homes and attractive neighbourhoods, but jobs, training opportunities and an economic boost for the city.”