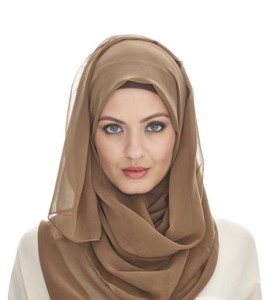 British Muslim women who wear a hijab (headscarf) generally have a more positive body image, are less reliant on media messages about beauty ideals and place less importance on appearance than those who do not wear a hijab, says an Indian-origin researcher.

These effects appear to be driven by use of a hijab specifically, rather than by religion.

Participants of this study were 587 Muslim women, aged 18-70 years, recruited from the community in London.

A number of different ethnic groups were represented in the study, namely, Bangladeshi, Pakistani, Indian and Arabs.

In terms of marital status, the majority of participants were single.

Researchers found that participants who wore the hijab had lower weight discrepancy, body dissatisfaction and drive for thinness than women who did not wear the hijab.

The findings have useful implications for intervention programmes aimed at promoting healthier body image among Muslim women in the West.

“For example, by identifying those aspects of hijab use that are associated with more positive body appreciation in future studies, it might be possible to isolate factors that can be targeted in intervention programmes,” Dr Swami noted.

The paper was published in the British Journal of Psychology.