Kiran Singh, a professional from Croxley, Watford won the Design & Creative Award at the inaugural Asian Professional Awards which was judged by the one and only Gabriela Lungu, chief creative officer, UK & EMEA, at Emirates Stadium in London.

Kiran Singh is a Mumpreneur, born and brought up in Norway, now based in London for the last six years with her 10 year old daughter. She’s a residential and hospitality interior designer by profession, alongside her degree in interior design, she has got her background in graphic design, web design, public relations & marketing and social media. 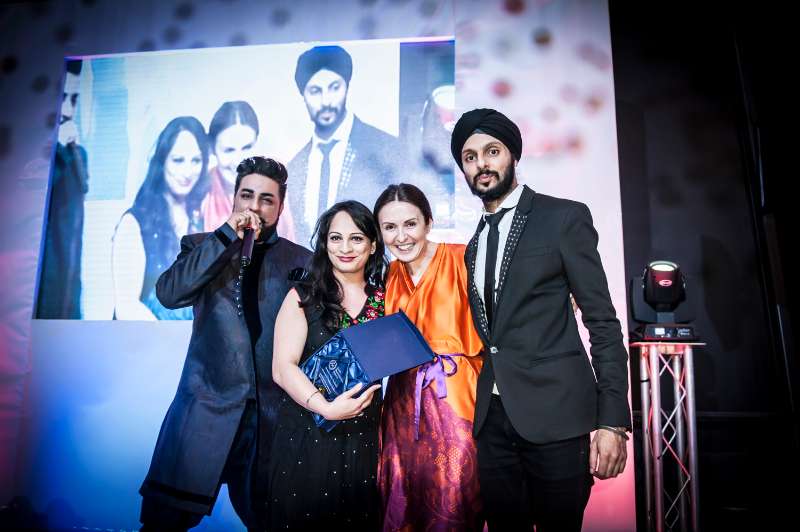 She is also editor-in-chief of Vivacious Mum, My Unique Home and Passion for Food.

Prime Minister David Cameron said, “These new awards recognise just some of the many thousands of Asian professionals who are excelling in Britain today. Whether it’s in the court room, the newsroom or the classroom, Asian men and women are not only providing expert services, skills and capabilities; they are delivering for Britain too.”

Nick Clegg MP, Deputy Prime Minister, said, “For many years, Britain’s professional sectors have seemed closed off to people from certain backgrounds. Finally, that is changing. It’s talented people like you that are helping to make that happen.”

Ed Miliband, Leader of the Labour Party said, “An evening where the focus is solely on celebrating the success of British Asian is an example to the younger generation of Asian men and women in this country, who sometimes lack role models. The younger generation will look at the success of the nominees and winners, and I hope that they will be able to seek inspiration.”

Boris Johnson, Mayor of London said, “I am delighted that London is hosting the inaugural Asian Professional Awards. For centuries, our vibrant and diverse Asian community has been a vital part of what makes our city so great, contributing to its economic prosperity across a wide variety of sectors and helping to make it the success that it is today.”