Anjana Parikh interviews Jaya Greaves who worked for Southern Voices, the UK-based organisation that sought to ensure voices of the southern people are heard in mainstream life.  She is currently working for the victims of Bhopal Gas Tragedy, who she thinks have been forgotten in recent times, and who still need support. 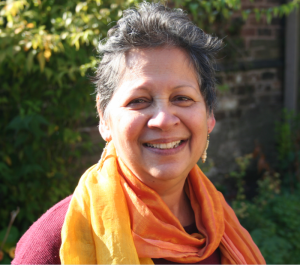 AL: Nearly 50 years of campaigning on various issues including the anti-nuclear movement. What led you to choose such a path?

Jaya: Well! I was born in India and grew up with parents who believed very firmly that each human being was of equal value. It followed that the inequality and poverty that existed around us was unacceptable. They showed this by example and it has been a touchstone and reference for both me and my brother. The showed by example – Ie – the way they lived.

AL: What’s your interest in connecting with issues like poverty and cold war?

Jaya: When I came to the UK, I first became involved in anti-poverty campaigns. I became involved with the anti-nuclear movement when they began looking at links between militarism and poverty. There more, I looked the more obvious it became – militarisation took scarce resources away from investment into real human needs.  Poverty was increased by the cold war and the fact that the Western world divided itself into two blocs after the   WWII – the Soviet bloc and the Western bloc.  Many Southern countries were drawn into one or other bloc; into a system that had nothing to do with us but which used the simmering tensions in the South for their own purpose. We used to say that the ‘cold war’ translated into hot wars (or low intensity conflicts) in the South – the war that the West was too afraid to have on their own doorstep with the huge proliferation of nuclear weaponry.  I’m not a single issue person. I’m interested in the connection between what seem like separate issues.

AL: Is there an end to such issues?

Jaya: No, I don’t think so because these are not ‘issues’ that create themselves. They have been created by human beings over hundreds of years because of our selfishness, greed and fear.  Certain ideological/political systems are based on this. We have had many, many wars because of this.  But I think we have also discovered entirely new ways of destroying ourselves and we are getting closer and closer to the ‘tipping point’.

AL: You’ve travelled a lot and have seen things at a very close range. What has touched you the most?

Jaya: That’s a very difficult question to answer.  There are so many injustices and so much pain in the world. But one of the things that’s most moving is the courage and dignity with which many poor people live; the help they give each other; the care for others; their belief in decency and a good future.

You were associated with ‘Southern voices’ for 20 years. What was the kind of work you initiated?

Jaya: Southern Voice is basically interested in making the view of southern people visible in the British context.  Initially, it was about things that are seen as specifically ‘Southern’. It could be information about a particular country; the impact of something on Southern countries, example: tourism, water, trading deals; the stereotypes about Southern countries – we share certain things but we are also different. We have looked at the impact of colonialism on the countries of the South. Now we included global issues and anti-racism (which was always implicit. 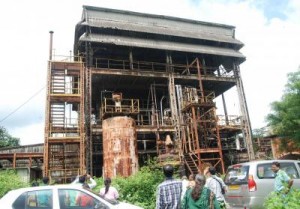 AL: Do you think that struggles against injustices get little exposure in the West?

Jaya: I think they have had limited exposure in the larger, public context and quite a lot of exposure in the limited context, i.e. among those already interested or concerned.  The focus tends to be on disasters, wars and so forth – all (part of the stereotyping). They also get exposure when they threaten the interests of the West.

AL: Why do you feel that such issues remain hidden?

Jaya: People think they ‘can’t do anything’ which is untrue. They make themselves powerless. I think we give away our power, hand it over to the authorities.  Let them make decisions without questioning enough. We are afraid or we don’t care enough.

AL: How far can issue-based workshops influence policy and law makers of the world?

AL: What is your view on the causes of migration from the developing nations into the UK?

Jaya: People come for all kinds of reasons – by invitation after the wars and ‘50s and ‘60s‑ because they had British citizenship; hope for a better life, escape from wars (but it should be remembered that most victims of war stay close to the home from which they have been driven. They stay in the border countries.  Climate migration is being cited as a cause.

AL: Currently, you are campaigning for those who were severely affected in the 1984 Bhopal Gas Tragedy. What made you join them?

Jaya: To be honest, I don’t see what I do around Bhopal as a ‘Campaign’.  It’s something that grew from the heart and the more I learnt about Bhopal, the more shocked I was as well as inspired by the people.  It started off very small – part of one of our sessions. Then I went to see the Bhopal Medical Appeal. I showed some films to raise some money; did a talk. What happened and is still happening to the people of Bhopal should not be forgotten. They have struggled for a just settlement for years.  They have asked that the Dow Chemical who bought Union Carbide and accepted their liabilities, clean up the site – can you image – still being forced to live with that contamination. This continues to affect not just the living but the unborn. It’s not for nothing that it’s been called the Hiroshima of the chemical industry.  The people of Bhopal are not victims – they are survivors and fighters. There are many lessons we can learn from them.  So, maybe, this is different – I started to work on Bhopal on my own. I’m not looking for funds nor will I apply for it but slowly, other people are becoming interested in doing things for it.  Southern Voices has taken it on as an issue to which they will put some energy; we will run workshops, have fund-raising/information lunches, films – low key and persistent.  Hopefully, we’ll be able to organise a bigger event in December around the actual date when the disaster happened. We aim to remind people as well raise some money.

AL: You’ve said that people of Bhopal who haven’t given up their struggle for justice have developed models of care that doctors from the UK could learn. Can you please throw some light on this?

Jaya: Bhopal has a therapeutic garden that grows Ayurvedic medicinal herbs.  People are encouraged to take it home and learn how to use it.  The medication offered is a mixture of orthodox Western medicine and Ayurvedic medicine. Meditation and spiritual care is integrated into this – so a whole package that includes care for the body, the spirit and social interaction.

AL: How challenging is it to remain focussed all the time?

Jaya: It’s just a way of life, so not challenging at all.  The challenge is elsewhere – irresponsible corporate structures and the way they can wield power on countries in the South. Now you are seeing it here – example: with the fracking industry.  Corporations from France are fracking here because it’s illegal in France. How absurd is that?

AL: When and why did you move to the UK?

Jaya: About 50 years ago, I married an Englishman (so that’s another reason why people migrate) and have three wonderful children and five grandchildren.