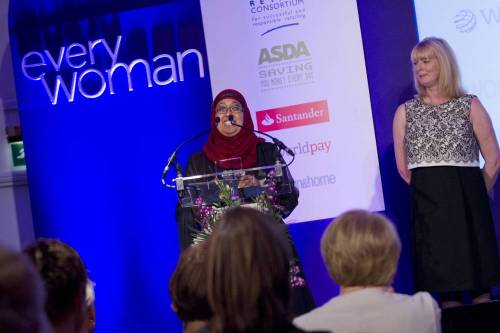 Coming from a strict Muslim background, university was not an option. However, this did not deter Noor Ali, World Foods Manager at Morrisons, to break the glass ceiling and venture into a ‘male bastion’.

Born in Leeds, Noor grew up as part of a Muslim family of eight, with a father who set up a successful businessman in the clothing manufacturing trade after arriving from Pakistan in the 1940’s. Noor tells Anjana Parikh about her journey into the foods market and how she went straight into work at the age of 16, starting out in administration before setting up an ethnic supermarket with her brother, a move that ignited her passion for developing the fast-growing ethnic foods market.
As the World Foods Manager at Morrisons, her role is crucial, overseeing a hugely important category for the store given that nearly a fifth of the UK population now comes from an ethnic background and is £25bn on groceries, including £1bn on World Foods. Her focus is on reformulating its stores to ensure it stocks authentic products tailored to key localities.
Like many women in business, she cites other females as her inspiration in a world that tends to be very male dominated, including Sandra Kerr (Director for the Race for Opportunity) and Pinky Llani (Director – Spice Magic).

AL: You are one of those few professionals who have boosted the ethnic (especially Asian) range of food items. When did you realise that ethnic products should also be introduced in the UK market?

Noor: I have been involved in the retail sector since early 2000 from having a family independent supermarket to working for retailers–twelve years in ASDA and now two years in Morrisons. The first major launch on world foods was when I launched 1200 lines in ASDA in 2007.

AL: How challenging was it in the beginning?

Noor: Very challenging at the start as it’s a very male dominated market – especially in our independent supermarket.

AL: Weren’t you sceptical when the products were launched in the market for the first time?

Noor: The suppliers we work with show both commitment and support for their brands. They are the experts in their product markets and their advice is always invaluable. Some have become a key household brands for our customers today.

AL: It’s easy for single woman to reach the helm of their career, but being a mother/wife, how did you manage to strike a balance between the two?

Noor: The support of my husband, my children and my family has been the key part of my success. Also having a clear understanding of my priorities and ensuring these are not comprised with, for example, giving time to my children when they need it the most.

I am also passionate about driving my category and ensuring the support is there from work perspective is also vital.
AL: Did you face any kind of discrimination at work place? 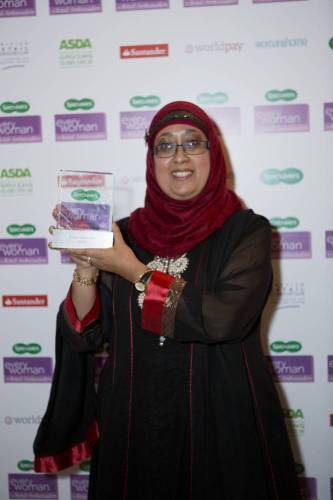 AL: How receptive were your seniors with your new ideas and concepts?

Noor: The senior teams I have worked with have been very supportive. They have a clear understanding of the ethnic population in the UK, and how it is constantly changing and it is therefore, key for our ranges to meet our customer needs in our stores.

AL: How has the market for ethnic products changed over the years?

Noor: It has grown significantly and the vast range of variety and brands available today have also grown. We are also seeing more convenient products for the busy lifestyles.
AL: You were born in a Muslim family, and started working at the age of 16. Why did you start at such an early age?

Noor: Coming from a strict Muslim background, University was not an option. However this did not hold me back and I have gained a vast amount of experience and knowledge. I have also attended many courses, and developed a huge network through my career life….an invaluable network!

AL: Later, you started an ethnic superstore with your brother. Can you tell us in brief how you ventured into this business?

Noor: This was actually my brothers idea…..driving past an empty site in a shopping centre in Bradford –“What do you think about opening a food supermarket?”. My response was “what do we know about food”! ……and months later a food supermarket was opened.

AL: Do you believe that in the success of every married woman, lies the hands of her husband?

AL: You’re also a mentor to ‘Race for Opportunity’ programme. Do you feel that Asian women still lack family support?

Noor: Cannot answer your question, however research shows there are many women from ethnic background who are either not working or not achieving to higher levels.
I thoroughly enjoy and am passionate about mentoring. Listening to others, sharing my knowledge and experiences, and driving motivation are something I believe, everyone should do.

AL: What is most important to you—family or career?

Noor: Both, however I do not compromise on family priorities.

AL: Your message to women who aspire to venture into business or any other sector.

Noor: Having just this week been awarded the Everywoman Retail Ambassador Award and being the Businesswoman of the Year 2011 at the Asian Women of Achievement Awards, my message to other women are: know your goals and get the support you need to achieve them (family, mentors / sponsors etc), challenges are key for development…learn from them, network as much as possible, be brave, innovative and tenacious, self promote and talk about your achievements, make time to mentor others, and finally, winning isn’t everything, but wanting to win and achieve is!