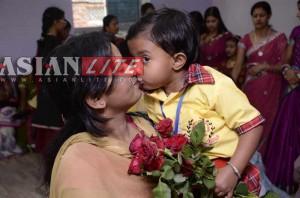 Stress during pregnancy can affect the baby in your womb in many ways as researchers have found that foetuses are more likely to show left-handed movements in the womb when their mothers are stressed.

“Our research suggests that stressed mothers have foetuses who touch their face relatively more with their left hand,” said Nadja Reissland, Durham University in Britain.

However, the researchers emphasised that their study was not evidence that maternal stress led to fixed left-handedness in infants after birth.

They said that some people might be genetically predisposed to being left-handed and that there are examples where right and left-handedness can switch throughout a person’s life.

The researchers found that the more mothers reported stress, the more frequently foetuses touched their faces with their left hands.

The findings appeared in the journal Laterality: Asymmetries of Body, Brain and Cognition.