Violence against women and girls remains prevalent in India despite extensive legislation, according to a survey from global charity Plan International.

Almost a third of young women (29 per cent) interviewed had been physically abused – rising to 37 per cent in rural areas. 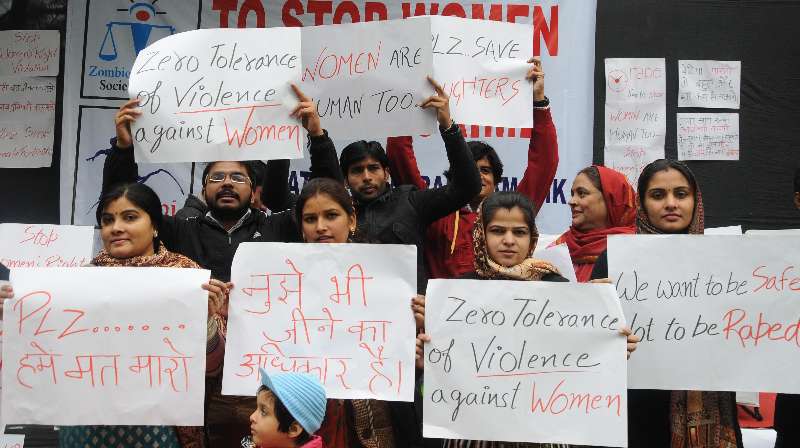 A file photo of women protesting against violence in New Delhi

Nearly a fifth had been stalked or bullied. Around 12 per cent had also been touched in a way that made them feel uncomfortable and four per cent had been molested or forced into a sexual act.

A total of 2,100 young women took part in the survey, as well as 100 men and more than 900 parents of young women and men, across six states in India.

It comes after stringent new laws were introduced in the wake of the rape and murder of a student in Delhi two years ago.

“Despite extensive legislation, women continue to face discrimination and violence,” states the report.

“The idea that women are subordinate to men, and that men and women have completely different roles and responsibilities, is picked up by girls and boys from the beginning of their lives and continues to be reinforced.

“The impact of this gender inequality is far-reaching and pervades the social institutions which structure girls’ lives in both private and public spaces,” says the report.

However, the survey highlighted some progress, with both young men and women, and their parents, seeing girls’ and women’s rights as a positive development.

Attitudes are also positive towards girls having increasing freedom outside of the home, although interaction with the opposite sex is still frowned upon.

The findings come from Plan’s annual State of the World’s Girls report, this year focusing on how power dynamics affect girls.

“It also involves developing their sense of self-worth and their belief in their own ability to control their lives,” adds Ms Dengle.

Plan’s Because I am a Girl campaign is aiming to support millions of the world’s poorest girls live free from violence and get the training and skills they need to have a better future and fulfil their potential.

In India, Plan is working with girls on awareness-raising initiatives including street theatre and also conducting safety walks, where girls audit the safety of their neighbourhoods.