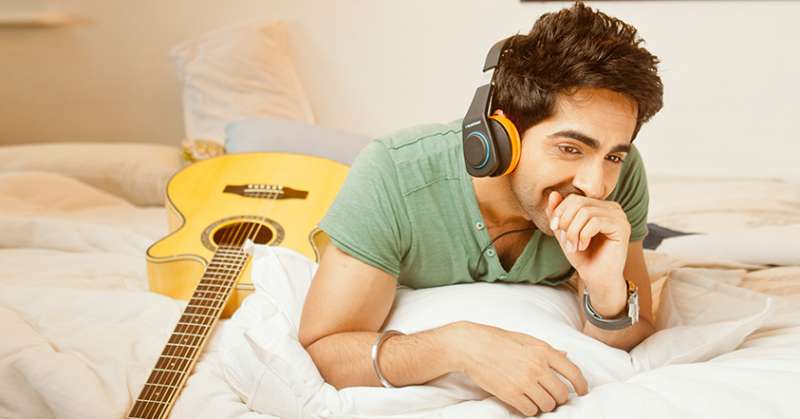 Actor-singer Ayushmann Khurrana feels his singing skill adds to his Â“credibilityÂ”, and asserts that he likes to revisit happy moments of the past with his music as it Â“has its own charmÂ”.

And he is charged up to stick to the theme again with his upcoming single Â“Yahin hun mainÂ”. It will also feature Yami Gautam, with whom he made his Bollywood debut in 2012 with “Vicky Donor”.

Â“The common factor in my songs is that they are Punjabi, and the second is nostalgia. While we are going with Hindi instead of Punjabi this time, nostalgia is still there as I think it works well.

“It gives you a happy feeling when you think about happy moments of the past. The same thing happened with ‘Dum Laga Ke Haisha’,Â” Ayushmann said.

He added: Â“I think it (nostalgia) has its own charm. I guess there is no song without love and it always works. So, this is the theme and lyrics are ‘Yahin hun main kahin na gaya tujhe chodke’Â”.

Talking about his singing act, he said: Â“I feel blessed and fortunate that I can give my voice to my own character. This adds credibility as an artist and this time around I’m co-composer and co-lyricist with Rochak Kohli.Â”

Before joining the film industry, Ayushmann explored the realms of reality television, hosted gigs and even went behind the mic.

The actor, who has even penned his thoughts in the book Â“Cracking The CodeÂ”, noted that the video will be out somewhere around Diwali.

Â“We are yet to shoot the video. We are contemplating between hills or beach. We will be shooting in the last week of October. We are trying to make it in completely different genre all together,Â” he said.

For Ayushmann, the video spells Â“mini reunionÂ” with Yami, his wife Tahira – who is conceptualising it and video director Amit Roy.

Ask him how he picks his songs, and Ayushmann is quick to note that he looks for a Â“personal connectÂ”.

He added: Â“There has to be a personal connect as if you are not relating to the song then you cannot make listeners connect to it as wellÂ”.