Filmmaker S.S. Rajamouli’s latest magnum opus “Baahubali: The Beginning”, which has turned out to be India’s biggest opener, has taken the box office by storm by crushing many existing records writes Haricharan Pudipeddi for Asian Lite. 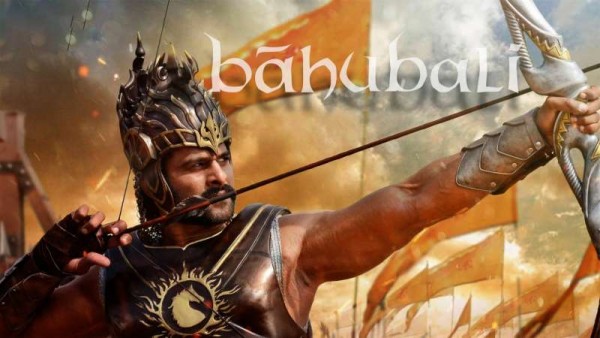 Said to have been made on a budget of Rs.250 crore, including the upcoming second part in the franchise, the film collected between Rs.60 crore to Rs.70 crore on the first day worldwide.

“The actual box office gross collection on release day worldwide could be between Rs.60 crore and Rs.70 crore. This is the biggest ever opening for an Indian film, surpassing even Bollywood blockbusters like ‘Happy New Year’ and ‘Dhoom: 3’,” trade analyst Trinath said.

“Going by the early estimated figures for the second day, the film could have already entered the Rs.100 crore club worldwide,” he said.

On the first day, the film collected Rs.50 crore in India, with an additional Rs.16 crore coming from overseas.

Released in Telugu, Tamil, Malayalam and Hindi parallelly, “Baahubali” has surprisingly performed extremely well in all the languages.

In its Hindi version, it netted Rs.5.15 crore on the first day, making it the highest opening for a dubbed film.

“The record was previously held by Rajinikanth-starrer ‘Robot’ with Rs.2.2 crore and Kamal Haasan’s ‘Vishwaroop’ with Rs.1.9 crore. Going at this rate, the Hindi version of ‘Baahubali’ is looking at Rs.15 crore nett in its opening weekend,” Trinath said.

“Baahubali” is also the biggest earning south Indian film on the opening day.

The previous best opening was held by Rajinikanth-starrer “Lingaa”, with Rs.22 crore and followed by Shankar-directed “I” with Rs.20 crore.

It’s not only in India where the film has raked in the moolah. In US, it has set the cash registers on fire.

In its opening weekend in the US, the film is expected to touch $5 million.

“Aamir Khan’s ‘PK’ had collected $3.1 million in its first weekend in US. ‘Baahubali’ has already crossed $2 million from Thursday and Friday,” Trinath added.

Producer Dil Raju, who distributed the film in Nizam area, is extremely happy with the numbers.

“The film has showcased the true potential of Telugu cinema. It has shown the world we can produce films that are content driven and still commercially successful. The film is doing extremely well and is on its way to become the biggest blockbuster in Indian cinema,” Raju told IANS.

“Baahubali” released on as many as 4,000 screens across the globe.

“The wide release worked in the film’s favour. And since it released in multiple languages, it could cater to large number of audiences. Had the film only released in Telugu, it would’ve been impossible to recover the high cost,” Trinath said.

The film, which stars Prabhas, Rana Daggubati, Tamannah Bhatia and Anushka Shetty in the lead roles, is about two brothers fighting over an ancient kingdom.

It has received rave reviews from critics and audiences alike.

Heaping praise on Rajamouli, filmmaker Shekhar Kapur said other filmmakers should be as courageous as him.

“Filmmakers from South India are showing far more courage than the North. Where are the courageous filmmakers like @ssrajamouli in Mumbai? (sic),” Kapur wrote on his Twitter page.

With 9.4 IMDB rating, “Baahubali” is the highest rated Indian film on the site.