“The biggest task for me is the honesty of the character. The character I am portraying should look authentic, whatever that character might be, I put in all my efforts to achieve it,” Nawazuddin Siddiqi, Chand Nawab of hit film Bajrangi Bhaijan told Asian Lite News

Nawazuddin had earlier worked with director Kabir Khan in “New York” and with Salman Khan in “Kick”. 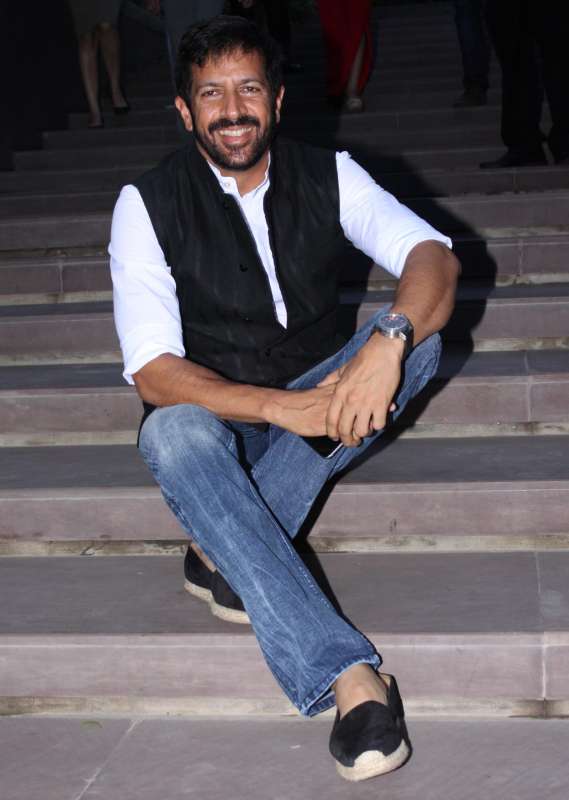 This is his second outing with the director and the actor, and he said he was comfortable working with them as he understands their process.

“I know Kabir’s working style, so it brings a comfort zone and I am working with Salman sahab for the second time, so there is a comfort level with him too,” he said.

Nawazuddin will be seen portraying the role of  Pakistani TV reporter Chand Nawab in the film who helps Salman in his journey.

“The biggest task for me is the honesty of the character. The character I am portraying should look authentic, whatever that character might be, I put in all my efforts to achieve it,” he said.

Nawazuddin is one of those fortunate actors to have worked with all three big Khans of the industry — Aamir, Salman and Shah Rukh. He says he is extremely inspired by them.

“There are a lot of aspects that we can learn from Aamir, Salman and Shah Rukh. Sustaining their stardom for so many years is a big achievement. Even if I don’t look at them as actors, they are individuals who have achieved a lot in their life.

“Their achievements inspire me tremendously. And they have their own separate identity and special strengths,” said Nawazuddin.

Nawazuddin had worked with Aamir in “Talaash”, and he will be seen with Shah Rukh in Rahul Dholakia’s “Raees”.

Nawazuddin’s baddie act in Salman’s “Kick” was his significant turn towards commercial cinema after featuring mostly non-commercial cinema. The bond between the two has strengthened with “Bajrangi Bhaijaan”.

His powerful avant-garde roles in offbeat Indian films have set Nawazuddin apart from the true-blue heroes of Bollywood. And that is why the actor, a ‘hero’ in his own right, suggests that newcomers never let go of their “uniqueness”.

Nawazuddin, who was a Machiavellian villain in Sriram Raghavan’s “Badlapur”, feels that once most actors get a taste of fame, they start behaving in “a hero- type manner”, which takes away their individuality.

“Among what young actors bring with them, there is a uniqueness in every one of them. Don’t let go of that when you join the industry. What generally happens is that when people get into the industry, they tend to behave in a particular hero-type manner.

“This shouldn’t happen; it takes away one’s uniqueness. When you’re embodying a character, you should have your own uniqueness, that is very important,” Nawazuddin said.

His own talent to slip into characters with ease has been seen and appreciated in films like “Gangs Of Wasseypur”, “Kahaani”, “Kick”, “The Lunchbox” and “Talaash” – and most recently, in “Badlapur”.

The 41-year-old admits “gray characters” attract him the most “because there are layers and complications”, but he’s also happy spreading laughter through some of his works.

One of such projects will be “Ghoomketu”, in which the National Award winning actor has a comic role to essay.

“My character in ‘Kick’ made people laugh. Even in ‘Badlapur’, there were chuckles among the audiences, but in my upcoming film ‘Ghoomketu’, I’ll be seen in a typical comic role,” Nawazuddin said.

He is particularly happy that “Badlapur”, which also starred Varun Dhawan, Radhika Apte, Huma Qureshi and Yami Gautam, managed to pull in the audiences despite its release in the midst of the ICC cricket World Cup.

“I’m extremely happy about the success of ‘Badlapur’. We were very nervous at first because the film had an ‘A’ certificate and the release was around the cricket World Cup. But when the film released, the response was overwhelming.

“Word of mouth worked wonders for the film. And now everyone is happy, from the producers to director to the actors,” he said.

Promising a surprise for his fans in every film that he does, Nawazuddin also said it’s difficult for him to take time out for his family.

“It’s difficult to take time out from work and that’s the reason my family members are somewhat miffed with me. My daughter and my wife aren’t very happy about me not being able to spend much time with them.

“Just keep watching my films and I will surprise the audiences with every film; that’s my promise,” said the actor.

On his 41st birthday on May 19, Nawazuddin received what is perhaps his best birthday gift ever. His wife gave birth to a son — their second child together.

The actor, who is married to Anjali, was shooting in Kashmir for “Bajrangi Bhaijaan” when he was informed about the good news. The delivery happened at his wife’s hometown Jabalpur.
Nawazuddin, who forayed into Bollywood with Aamir Khan-starrer “Sarfarosh”, has a six-year-old daughter Shora.