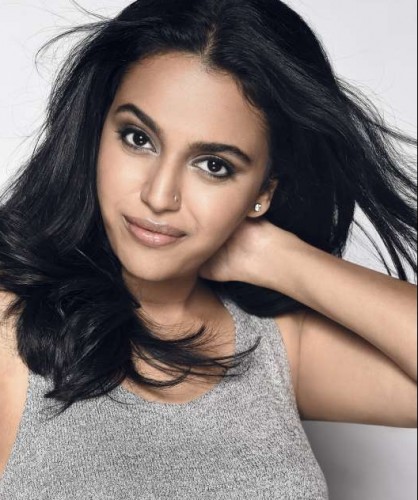 Human relationships are greater than politics. That’s what actor Swara Bhaskar has learned after two “memorable” visits to what she once thought was “enemy territory” but where, after two visits to Pakistan, she was showered with warmth, hospitality and free ‘chai and samosas’ for being an Indian.

Her first visit to Pakistan was in 2005 with a friend.

It was, as she describes, “two college girls who just decided to liven up their lives by visiting enemy territory”.

“I think that trip taught me that people are always more important than some policies or actions of their government,” Swara said, post her second visit last month.

This time, she went there for “work”.

“I had gone for some meetings over a potential international film project that would require me to play a Pakistani immigrant, but also it was a chance for me to visit friends I have not met in 10 years as I visited Pakistan in 2005 and made some lasting friendships.

“Both my visits to Pakistan were made beautiful and memorable by the hospitality, warmth and friendship of my hosts, friends and even random strangers I met,” she added.

The talented actress, who has featured in Bollywood films like “Tanu Weds Manu” and “Raanjhanaa”, recollected how in 2005, on the bus to Lahore, when some of their Pakistani fellow travellers learnt that she and her friend were travelling alone to Pakistan for the first time, they made “three serious offers to stay in their houses”.

“In fact, traders in Lahore’s iconic Anarkali market fed us samosas and tea and biscuits when they learnt that we were Indian,” she said.

After both her visits, she says “the one stereotype of Pakistanis that is true is that they are the best hosts ever and are generous and magnanimous to a fault with their guests”.

And she has spoken whole-heartedly about this in a Pakistani TV show, a video of which has gone popular in the online space.

Political relations between India and Pakistan have been more of the “love-hate” kind. Over the years, increased cultural exchanges between them have eased out the tension, which has existed since the sub-continent was partitioned in 1947.

In fact, Swara’s family was hesitant to let her go to Pakistan when she discussed her travel plans, but the actress says this “preconceived notion about the country” is a very normal thing.

“Perhaps in the case of India and Pakistan, it is exacerbated by the political hostility between the two countries… But it requires only a little effort and intelligence to try and reach out beyond this image and realise that this can only be a part of the whole picture.

“My own experience was that Pakistan, the place and its people were very different from my imagination of them. I think the internet and social media can play a very positive role in enabling the people of both countries to reach out and connect with each other on a human and more personal level,” added Swara, who will soon be seen in “Tanu Weds Manu Returns” on the big screen.