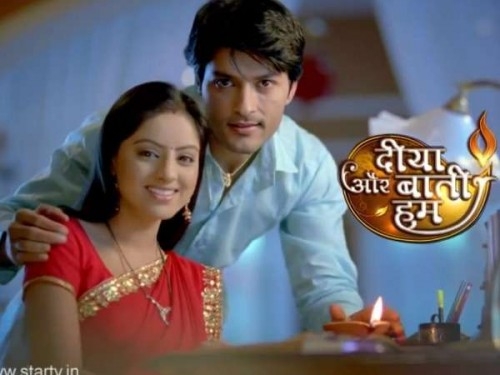 Once popular with TV tsarina Ekta Kapoor’s long running shows, the ‘leap’ formula is turning out to be a saviour for multiple show makers — be it a six-year leap in “Diya Aur Baati Hum”, a plunge of 10 years in “Saath Nibhana Saathiya”, and “Bandhan”, a five years jump in “Balika Vadhu”, and nine years’ jump in “Yeh Rishta Kya Kehlata Hai”.

“Leap gives a very different shape to the story and also gives a fresh new feel which is liked by the audiences. It is introduced so that even audiences get something new to watch, new dynamics in the house and new characters,” Deepika, whose character is shown balancing her job and motherhood post the leap, told IANS.

Often shows go in the fast forward mode due to plummeting viewership, but “Diya Aur Baati Hum” is one such show which took a leap despite enjoying a good response.

Deepika says the idea was to bring in “something different to the audience”.

“It’s only natural to move to the next phase of life, from getting married to excelling at work, and then the obvious next step was motherhood for (my character) Sandhya. So, the leap was introduced in the story to show a new phase in her life,” Deepika added.

Other shows which took a leap in recent times include “Meri Aashiqui Tum Se Hi” and “Qubool Hai”.

The leap formula is not only in demand for soap operas. Entertainers like “F.I.R.”, “Lapataganj”, “Chandragupta Maurya” and “Mahabharat” have also experimented with it in recent times.

“The leap in ‘Maharana Pratap’ showcases the siege of Chittor which is a sad chapter in our history. However, it reflects the true spirit of our freedom fighters who did not lose hope in such adversity and showed great courage and bravado. We are going to take the help of VFX to show this conflict and give it the required scale,” said Abhimanyu Singh, CEO of Contiloe Pictures Pvt Ltd.

For a show like “Balika Vadhu”, which has been running successfully for seven years, the ‘leap’ has always worked in its favour. Having started as a story about child marriage, the show has come full circle and is once again tackling the evil social practice via a new protagonist. That is keeping viewers hooked, even as the show continues to touch upon social messages.

The ‘leap’ trick was exactly why Ekta’s shows like “Kyunki Saas Bhi Kabhi Bahu Thi”, “Kahaani Ghar Ghar Kii” and “Kasautii Zindagii Kay” continued to work for years — so much so that it became like a ‘trump card’ for makers to give their offerings an entertaining look.

That the trend has sustained for so long proves that it’s working.